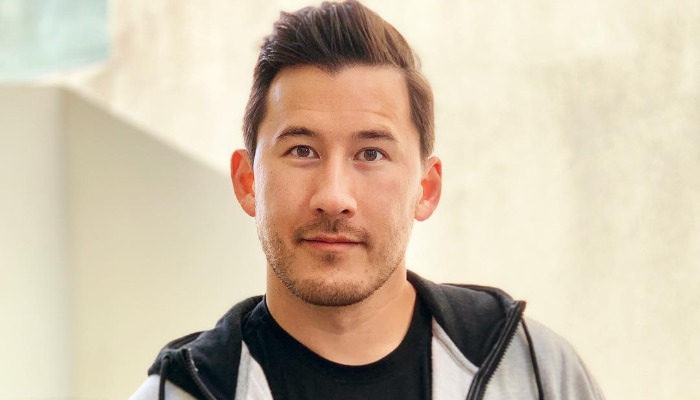 Mark Edward Fischbach, or Markiplier, decided to make a YouTube channel after surviving a large tumor. He purchased a new camera and began creating gaming and sketch comedy videos.

He named his channel Markiplier, which stands for Mark and multiplier. He eventually gained 1 million subscribers in October 2013, and 10 million milestones 2 years later.

Mark then moved to Los Angeles in March 2014 to get closer to the YouTube Space. He joined a YouTubers group with Matt Watson, Daniel Kyre, and Ryan Magee.

In 2015, he appeared on Jimmy Kimmel Live! along with another YouTuber MiessesMae.

He co-hosted South by Southwest Gaming Awards with Jane Varney and appeared in YouTube Rewind this year.

In 2015, he starred in a film called Smosh: The Movie and a web series titled Grumpcade for 20 episodes.

Throughout his career, Mark won the Celebrity of the Year from the 2016 Make-A-Wish Foundation Award Ceremony and Best Steamer from Golden Joystick Awards a year later.

1. His surprised expression is hilarious

2. This YouTuber wears a black and white outfit

3. The orange accent matches the orange tree behind him

4. Mark poses at the side of his pool

5. He looks tech-savvy and smart with the glasses

Markiplier is a creative and successful YouTuber. He never runs out of ideas to entertain his audience on his YouTube channel.