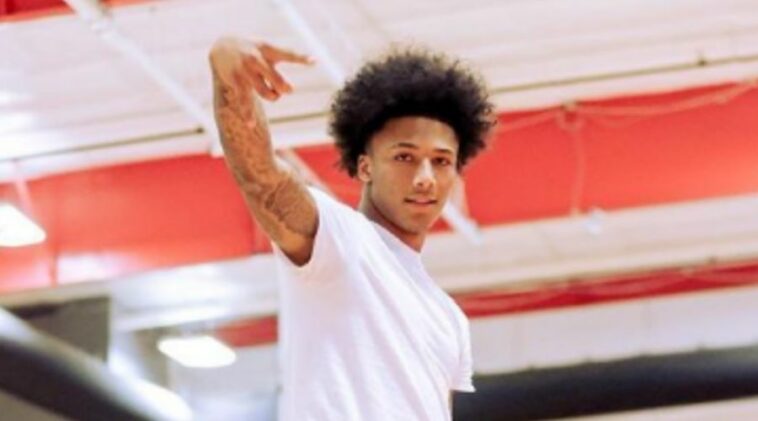 Mikey Williams already had a grand passion for basketball at a very young age during his childhood period.

He first fell in love with basketball when he was just an 11-months-old kid, playing under the monitoring of his parents.

Mikey has been practicing basketball a lot, keeps improving his skills without any hesitation.

Several years later, when he was 12 years old, he got his very first game dunk. At that time, he was still in the 6th grade.

Mikey later was trusted to be a basketball player for the travel team of Malcolm Thomas All-Star.

Even when he was in the 7th and 8th grade, he got the first position by the Naismith National Youth All-American Report for the 2023 class.

He got his first high school debut in November 2019, when he made his school, San Ysidro High School, win over El Cajon Valley High School for 98-46 points.

Later, he then has titled MaxPreps National Freshman of the Year after recording 29.9 points, 6.7 rebounds, and also 4.9 assists per game during his high school year.

Mikey Williams is really an inspiring basketball player. He has already trained himself since he was just a really young kid. He is really passionate, right?