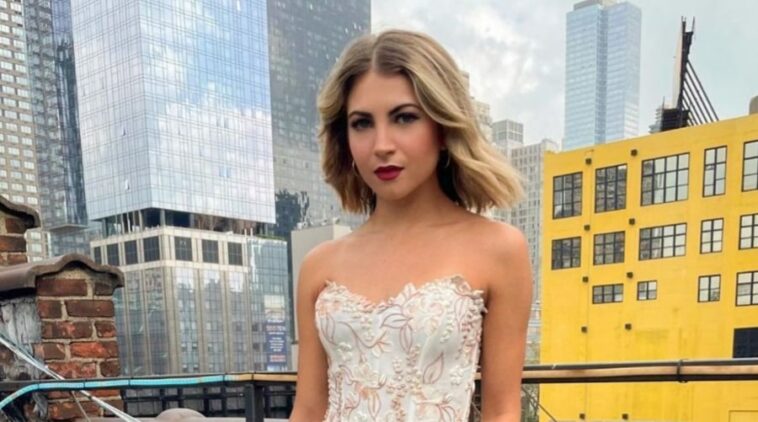 Miranda Wilking, or famous by the stage name Miranda Derrick, is well-known as an American dancer, actress, and TikTok star who is active in the Hollywood industry.

She is also popular for making her appearance in the reality show So You Think You Can Dance Season 12.

Besides that, she is a dance instructor at International Dance Academy Hollywood-IDA.

Miranda Derrick started her career at an early age by dancing. She developed her enthusiasm for dancing and learned how to perform nicely.

After that, she appeared in the movie of Oz the Great and Powerful as a cameo character in 2013. This appearance made her begin to be popular in the United States and overseas.

She uploaded content regularly to get a good response from the audience. With her effort, she gained popularity on the internet so fast.

Miranda got a huge number of followers on social media after numerous content went viral. She is popular as a TikTok star and Instagram star.

Further, she made her television debut on the 12th season entitled So You Think You Can Dance. With this in mind, she gained attention from her fans and audience worldwide.

After her participation in television reality shows, Miranda worked with big-name celebrities such as Flo-Rida and Katy Perry.

James and Miranda are tied as husband and wife (married couple). Unfortunately, there is no significant information about the exact wedding date of Miranda and James.

Her net worth is around $2 million. Her primary income is a dancing career and TikTok..

Miranda Derrick is one of the popular celebrities who are acting as an entertainer. She is passionate as a dancer, actress, influencer, and even dance instructor. She can give the best appearance in every job that she works in.