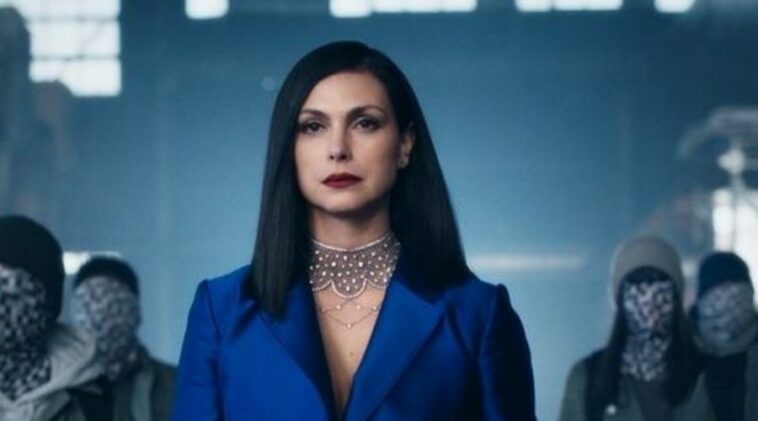 Morena Baccarin debuted as an actress for the fashion-comedy movie, Perfume, in 2001.

During that year, she also was trusted to play as the main character for another 2001 movie, Way Off Broadway.

One year later, this Gemini actress appeared in the science-fiction series for the first time, Firefly (2002), and played a character as Inara Serra.

Followed by her previous role in that year, Morena then came back in 2005, by acting in the movie Serenity.

Her career breakthrough as the “superhero actress” began when she became a voice dubber as Black Canary in Justice League Unlimited (2005), an animated series by Cartoon Network.

After that, she became a guest star for the series How I Met Your Mother (2006) for the 7th episode in its second season.

One year later, Morena got some public attention by appearing in the 2006 series, It’s Always Sunny in Philadelphia, as Carmen, a transgender woman.

She then got more popularity after getting a role as Adria, the villain of Stargate SG-1 (2006), which was followed by the movie version, Stargate: The Ark of Truth (2008).

For her role in those series, she successfully got some nominations from various awards, such as Primetime Emmy Awards.

Later, she rose to stardom after acting in the 2015 movie, Spy, and became Vanessa Carlysle in Deadpool (2016) and also Deadpool 2 (2018) with Ryan Reynolds.

Morena Baccarin is one of the most influential Hollywood actresses in the entertainment industry. She is brave, hard-worker, and humble.