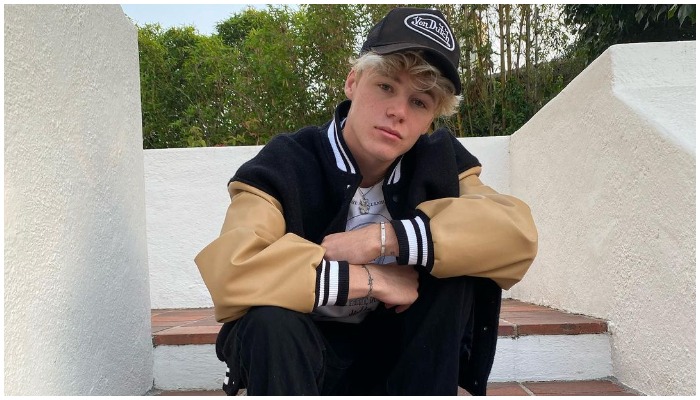 Nick Austin has been known since appearing on his TikTok account in 2018. He launched his first TikTok content in collaboration with another TikTok star, Mia Hayward.

Within two months, he managed to attract more than a million followers. To maintain his popularity, he posts his videos daily.

This good-looking teenager is also a member of The Hype House. In this mansion located in Los Angeles, he joined with the most popular TikTok stars who are also a part of this group.

On Instagram, he also has lots of fans and followers. He was posted a video of him doing the trick on a skateboard when he first joined Instagram.

In his first video on YouTube, Avani Does My Makeup in the Hype House, he entertained his fans with his video information about his first kiss, fear of heights, and his best friends.

This young influencer now has become one of the most sought-after among internet celebrities. He doesn’t have any clear plans for his future yet, but he admitted that he is interested in acting.

1. Chasing dreams to be a star

3. Good looking appearance is his asset to achieve dreams

4. Enjoys his status as an internet celebrity

5. His future goals were yet to be found

Becoming a star seems to be the dream of every young person, Nick Austin is no different. With the help of social media, he is trying to reach his star status..