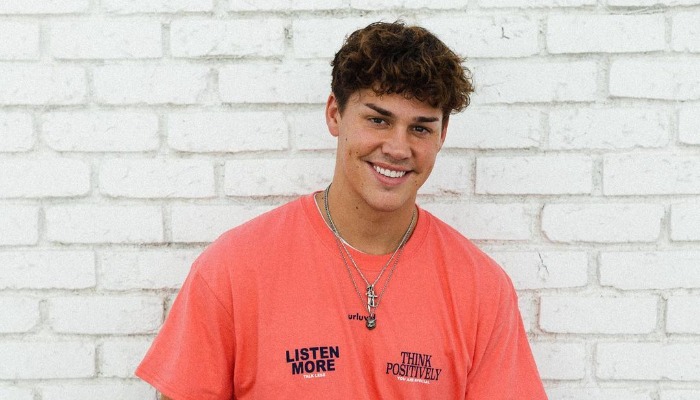 Noah Beck is a famous internet personality. Before that, he made TikTok videos about sports, comedy, and lifestyle.

When Noah gained around 30,000 followers on social media, a TikTok star, Blake Gray reached out to him and introduced him to other people in the industry.

He then officially moved to Los Angeles and joined the Sway House in June 2020.

The star lived with other TikTokers, like Griffin Johnson, Bryce Hall, and Josh Richards. Noah also signed a contract with TalentX management.

In July 2020, Noah made a self-titled YouTube channel and uploaded his first video titled The New Truth About Me October 2020. Noah’s first video got millions of views.

Noah collaborated with AwesomenessTV on the YouTube channel and made a new show titled Noah Beck Tries Things.

In the same channel, he also starred in a cooking show titled Dish This, alongside Blake Gray. Along with his girlfriend, Noah was also featured in Vogue.

3. Is Noah Beck cooking? He is a husband material!

4. He wears a pastel pink hoodie

Noah Beck is an athletic and good-looking social media star. He has gained huge popularity at such a young age and will continue to grow.