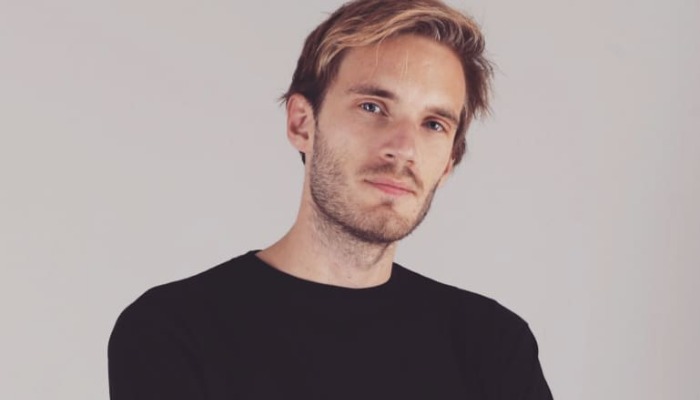 Felix Arvid Ulf Kjellberg, known as PewDiePie, created his YouTube channel in December 2006. This YouTuber started as Minecraft and Call of Duty YouTuber.

He then continued playing another game named Amnesia and created a series named Fridays with PewDiePie.

He got 1 million subscribers in July 2012. This Internet personality appeared in a YouTube series titled Epic Rap Battles of History and talent competition named Internet Icon in 2013.

In 2015, he developed his video game titled PewDiePie: Legend of the Brofist. The next year, the Scorpion released another game called PewDiePie’s Tuber Simulator.

He eventually gained 100 million subscribers in August 2019. He made his own YouTube Rewind 2018 and 2019 with other YouTubers, such as Dolan Park, MrBeast, and James Charles. The videos got positive feedbacks.

Throughout his career, PewDiePie has gained many awards as YouTuber and Gamer from Streamy Awards, Shorty Awards, and Teen Choice Awards.

“Don’t be a salad. Be the best damn broccoli you can ever be.”

“Stay awesome bros. I know you will.”

“Unless you stop trying, how can you not fail anymore.”

“Life is too short to focus on the things you hate, focus on what you love instead.”

“Comments are my main way to communicate with your bros.”

“I love making these videos.”

“You guys are my main motivation of wanting to make these videos.”

“I make funny videos of me playing video games, and I share those moments.”

“That’s what is cool about YouTube, anyone can do it.”

“I’m so lucky to be in a position to help people, and that’s appealing to me.”

“Everyone is entitled to their opinions, even though they’re wrong.”

“Nothing is easier if you’re an idiot.”

“Every second you’re closer to oblivion. No quote in the world is gonna change that.”

“Be nice to people; maybe one day they’ll be rich.”

“Do stupid stuff now because when you’re older, you’ll actually get in trouble for it.”

“It’s important to love yourself.”

“When I started out I couldn’t even afford a proper computer to record gameplay on.”

“I took a job at the hotdog stand, I was the happiest I was at that time because I was finally for the first time in many many years doing what I wanted to do, the fact that I could make videos was so much more important to me that I had to spend a few hours a day doing a job that wasn’t that prestigious.”

“I don’t really care for numbers that much, what I care more about is the support that I get from all you guys. That means so much more than just a random number.”

“My parents said that sitting at home playing video games all day won’t bring you anywhere in life.”

“When I started my YouTube channel in 2010, I never imagined that one day it would be the most subscribed channel in the world and that I would be a part of such a great community.”

“It was so much easier to connect with my fans when I was smaller. I could answer every message, and I enjoyed that.”

“With my channel, and what people associate with the Internet, most people think it goes viral, you become this huge thing super quick. I never had an explosion or a huge thing. It’s just been something that has progressively been growing. It’s been building.”

“I just want to entertain; that is my main objective and what comes before everything else.”

“When I started my YouTube channel in 2010, I never imagined that one day it would be the most subscribed channel in the world and that I would be a part of such a great community.”

“What I and other YouTubers do is a very different thing; it’s almost like hanging around and watching your pal play games..”

“We’re all different but we’re all the same. You just be and you don’t let anyone tell you who you are. You don’t need labels to make yourself feel valuable, you’re better than that.”

1. Felix’s side profile is amazing

2. He poses with a lot of phone cases

3. He wears a sweater with a combination of black and red

4. PewDiePie visited Bali during his honeymoon

PewDiePie is a mega-successful YouTuber. Every of his action always becomes an internet phenomenon.