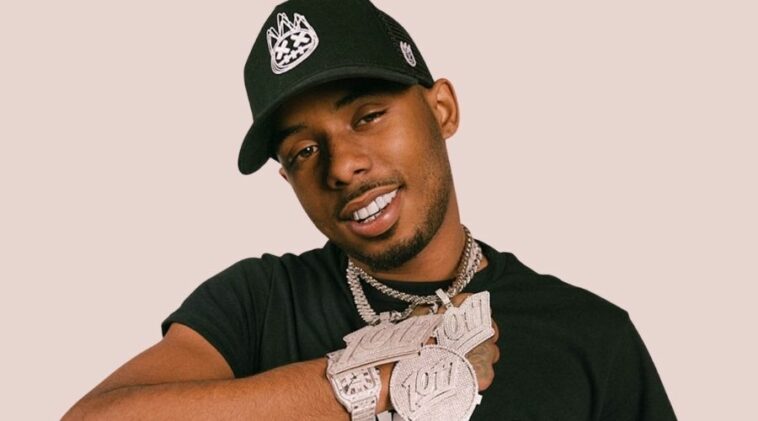 Pooh Shiesty initially started his musical career at the age of 18 when he debuted with his first single, Hell Night, featuring Big30 in March 2019.

Five months later, on August 20, 2019, this Scorpio rapper then made a release for another single, Shiesty Summer.

He didn’t want to waste time, so he released a collaborative single, Choppa Talk, three days later after he released Shiesty Summer.

After that, he started 2020 by making his new music, At It Again, on March 11, 2020, which later was followed by another release of Main Slime.

His career breakthrough began some months later after Gucci Mane, an American rapper signed him to 1017, his record labor, alongside Atlantic.

Finally, both of the rappers collaborated for Gucci Mane’s single entitled Still Remember, which rewarded Pooh a lot of popularity.

After getting popular, he then released a single called Monday to Sunday with Lil Baby and Big30 in June 2020.

In late 2020, he made his new music, Back in Blood, with Lil Durk, which was pretty successful and surpassed millions views in 2021.

And finally, in May 2021, Pooh made a release of the deluxe edition of Shiesty Season which features Lil Baby and also G Herbo.

“I had to move right in every situation.”

“I lost some members at an early age; it left me scarred up.”

“Straight from the hood right to all platforms.”

“They were trying to stop me right there, but you know I stayed down and kept pushing.”

“I’m a real gangster, did some sh*t you can’t rehearse.”

“My pockets used to hurt; now I get racks to spit a verse.”

“God blessed me with some accuracy on the day I was birthed.”

“Money—gon’ chase that sh*t until the day I die.”

“You gotta quit putting your trust in n*ggas who ain’t never rode.”

“I can’t count how many times these b*tches told me I ain’t sh*t.”

“I’m the one who saved the day; I had to think outside the box.”

“Made a promise I wouldn’t sin no more.”

“Keep it solid in every situation.”

“I got rich but stayed the same.”

“Been lit, been city famous. You did everything else but tried to put a song down. First song went crazy, and it’s been up ever since.”

“I’m still staying down. I ain’t at my peak yet. I ain’t trying to overdo it or any of that other sh*t. I feel like I’m gonna get bigger tomorrow.”

“Rappers were getting locked up, slowing down on rapping, messing up. It made it seem like I could jump in and do it. It was the lifestyle I was living. Like, you might as well rap; this is the only thing you ain’t did yet.”

“People were riding past me looking, and you could just feel it getting different. Things gotta switch up, can’t go over here no more. I’d be stuck somewhere or dead if I didn’t move different.”

“My school life was rough. I kept getting kicked out and expelled and stuff. I was smart, though. I always been smart. Even if I didn’t do my work, I was smart enough to pay someone to do it.”

“Being outside, and being on my own, listening to my own music was Lil Wayne and then Chief Keef. I watched Chief Keef come in the game, so I saw that big change and the impact he had.”

“We just had to find the time. It was well overdue. I wanted to show my whole versatility for fans and give them the full package.”

“I just made it out of what I could. It’s either die, go to jail, or get lucky—it’s three options. It’s like a lottery.”

Pooh Shiesty’s musical journey is not easy at all, but he always keeps trying his best to get the best results. Awesome!