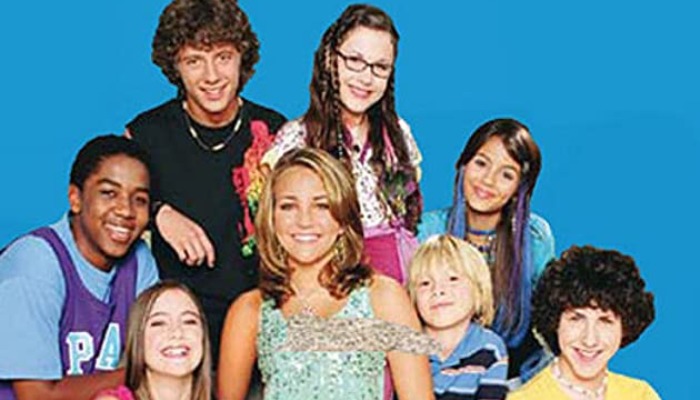 Do you still remember American comedy television series in Nicklodeon, Zoey 101? It is one of teen television program which released on 9 January 2005 until 2 May 2008.

Moreover, This show was the most successful and highest rated television series in 20s era.

Since it had been 12 years ago, all casts already grown up. Here 10 newest looks of all celebrities who play in Zoey 101.

1. Alexa Nikolas, a cast for Nicole Bristow, already married to Mike Milosh in 2012 and ended the relationship in 2016. Now, she has a baby on November 2020 with her partner Michael Gray

3. Christopher Massey is a great voice over in many animation movies. He is voice over of Rise Of The Teenage Mutant Ninja Turtles in 2019

4. The beautiful actress, Erin Sanders as Quinn Pensky plays in television series All That in 2020

5. In 2020, Jamie Lynn Spears as Zoey Brooks plays in Sweet Magnolias and All That with Erin Sanders

6. Kristin Herrera as Dana Cruz also joins in All That television program and she plays as herself

7. Matthew Underwood as Logan Reese seems to lead his career as a filmmaker. He shares his work in his Instagram account

8. Paul Butcher, a cast of Dustin Brooks, is busy with his single Freaky (Tus Manos) in 2020 while he plays in All That with the other Zoey 101’s casts

9. Sean Flynn also chooses as a producer at Donatello that he shares in his Instagram

10. Victoria Justice will play in Afterlife At The Party in Netflix at 2021

Read more: Received Many Awards, 7 News from the Cast of “Victorious” Sitcom

All Zoey 101’s cast is already chosen their paths in career. They look gorgeous and stunning now and working hard for their works.

There is also rumor that Zoey 101 will reboot for some casts also posted Zoey 101 hashtag in their Instagram. Let’s just wait and see for further information about Zoey 101 reborn.