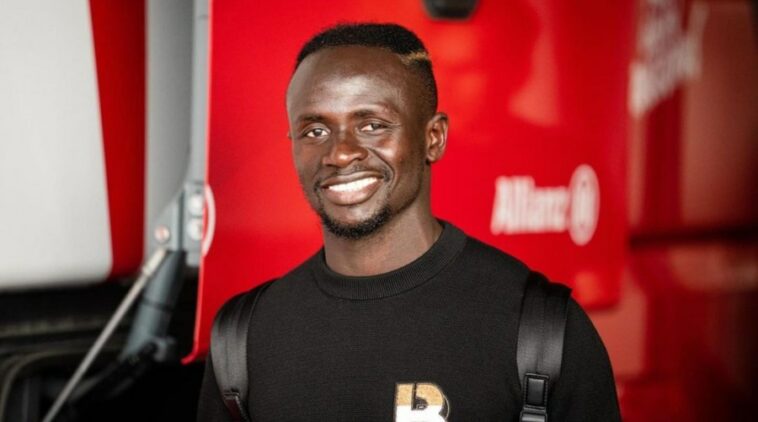 Sadio Mane lived with his uncle since he was a kid because he had many siblings and his parents couldn’t afford to raise him.

Because his parents couldn’t afford to send him to school, Sadio Mane played football day and night. When his country, Senegal got into the quarter-finals of the 2002 World Cup, it inspired him to become a footballer.

He started getting serious about football and even though at first his parents and his uncle couldn’t accept his dream, but seeing how serious he is, they do all they can to help him.

He went to his country’s capital, Dakar and went visiting the most popular football club in the town. But things didn’t go well at first because he got underestimated when he arrived for the test.

When he played for a local club, he scored 131 goals in 90 appearances in just two seasons. It got him to rise to fame.

When the French scouts asked him to take two season trials in a football academy Generation Foot, he got the changed of destiny and the scouts saw that he exceeded the expectations.

The scouts then took him to France to join French club. It happened when he was 15 and he started his career playing at Metz youth club.

He went to France in quiet and not told his family because his family was skeptical at first for his professional career.

He began playing for Metz’s senior side in 2012 and his performance shined in Metz and gained him a transfer to Red Bull Salzburg.

He scored 42 goals in 80 appearances and makes his transfer to Premier League Southampton. His mother was happy when she heard that he was moving to Southampton.

In 2016, he made a transfer to Liverpool on a five year contract and made his debut in a match with Arsenal.

He outshined Liverpool and even listed at the 2019 Ballon d’Or. He scored more than 100 goals in his years at Liverpool.

In his years in Liverpool, he helped his team go to the final of Champions League and in 2022 he transferred to Bayern Munich.

Sadio Mane was also named as the Senegal squad for the 2018 FIFA World Cup that was held in Russia and scoring a 2-2 and World Cup opening against Japan.

“Whenever I play, I know I have the support to help me.”

“I think everything is possible.”

“If you want to be successful when you play, you have to be free in your mind, and that happens if you know that everything is taken care of – you just focus on the football.”

“All I can do is do my best: score goals, give assists, and do my best for my team.”

“You can’t say when you are 25 years old that you know everything. You don’t.”

“I was brought up correctly and in the right way, and my parents are very proud of the fact that I am a professional footballer.”

“A good thing for footballers is not to think too much, especially when you’ve got to move to a big team like Liverpool, because that’s when you start to confuse your mind.”

“I remember that when I was little, my parents felt that I should study to become a teacher. They thought football was a waste of time and I’d never succeed at it.”

“Honestly, I don’t know the word ‘pressure,’ because football is my job. I always enjoy it.”

“I really don’t like not being able to help my teammates.”

“The wrong team wanted me, by the way – of course United. I spoke with Van Gaal, and they even made an offer, but for me, it was not the right club and not the right moment.”

Sadio Mane was poor and unable to attend school. It was the 2002 World Cup that brought him to realize his dream and his perseverance kept him from becoming the top footballer.