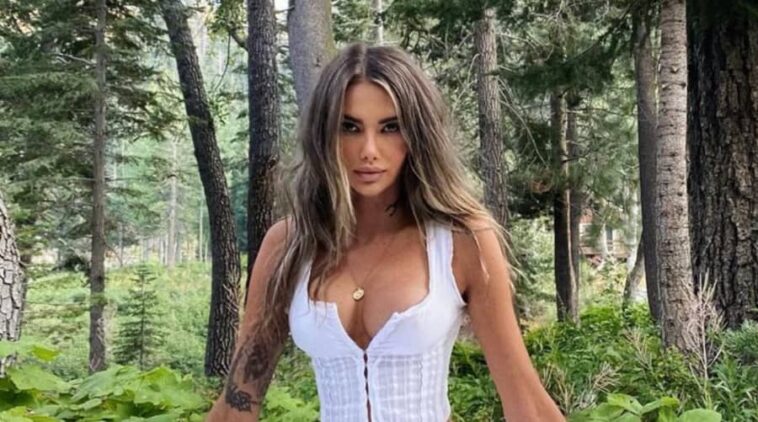 Sahara Ray is an Australian model, designer, and OnlyFans star. She was famous as previously linked to having a romantic relationship with Canadian singer, Justin Bieber.

Sahara Ray grew up learning about surfing since she was a kid. Her love for surfing then turned into a love to design a swimsuit.

She then pursued a degree at Fashion Institute of Designing and Merchandise in Los Angeles. While attending her studies, she also pursued a career as a swimsuit model.

She rose to stardom after posting a shot of herself in a topless bikini. She signed with ONE Management and has been modeling for brands such as Volley.

Not forgetting her roots, as she became a freelance swimsuit model, she gave her all to design and launch her own swimwear, Sahara Ray Swim.

Her own swimwear line gives a ranging collection from luna bottoms, sexy one-pieces, to penny tops.

Though she worked as a swimsuit model and swimsuit designer, it was her topless photo with singer Justin Bieber that made her name catch the attention of people and gossip magazines.

Sahara Ray was linked with many celebrities in the past. But nowadays, the beauty not seen romantically linked with anyone and probably enjoys her single life.

Before being rumored to be dating Justin Bieber, she dated Australian singer, Cody Simpson. Their relationship didn’t last long as they parted ways in 2015.

She had previously been linked with Canadian singer, Justin Bieber as they posted a picture of her holiday together in 2016. Many people have speculated that they are dating, but they neither confirm nor deny it.

As a model, Sahara Ray gained most of her income from modeling. Her other source of income was from her business as she owned a swimsuit line.

Though she isn’t disclosed in her income and salary, according to some sources, her net worth is estimated to be $600,000.

“Australia is where I want to end up and I want to have kids here. It’s more chilled and relaxed and even on shoots, it’s more about quality than quantity.”

Sahara Ray is famous because of her relationship with Justin Bieber. More than that, she is also known for her bikini pictures on Instagram.