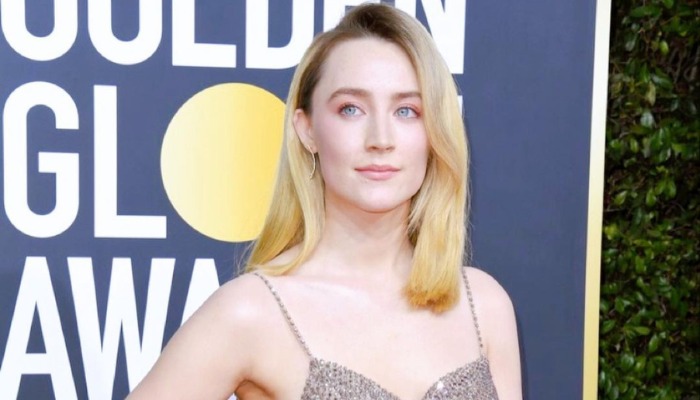 Saoirse Ronan made her on-screen debut in 2003 in the drama The Clinic. Her first official movie was the romantic comedy I Could Never Be Your Woman in 2005.

When she was 12, she auditioned for Atonement and got a role as Briony Tallis.

She was nominated for various awards including Academy Award and became one of the youngest Oscar nominees.

However, she acted for several disappointing works such as Death Defying Acts, City of Ember, and The Lovely Bones.

Yet, she made her comeback by playing roles in The Way Back and Hanna that performed her martial art skills.

After that, she continued earning popularity and won critics’ hearts by taking more mature or complex characters like in Byzantium; Stockholm, Pennsylvania; and Lady Bird.

1. What do you think of Saoirse with bangs?

2. Her clear blue eyes can hypnotize everyone.

4. But this pink dress for the Oscars also suits her perfectly.

5. Even though the make-up is simple and natural, her expression and earrings are head-turning.

She proves the family background doesn’t affect so much when you truly love what you do and work for it.