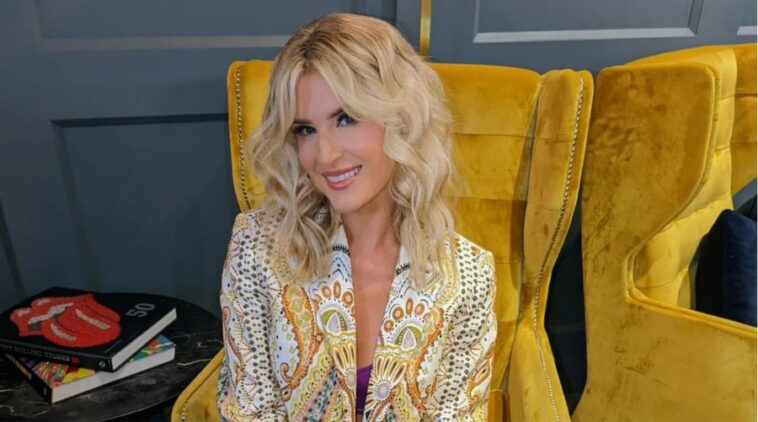 Sarah Jayne Dunn is a British actress, model, Instagram star, and TikTok star who started her career in 1996 by making a debut in Hollyoaks.

Sarah started her career with her role in the soap opera Hollyoaks in 1996. At that time, she was 14 years old to pursue her career.

In addition, she was a part of the show for almost a decade until she decided to the left the show as a primary cast in 2006.

Furthermore, Sarah gets the chance to play a supporting role in Unfinished Business, a Brookside DVD spin-off.

With this in mind, she also continued her career in the BBC one series The Innocence Project, Drop Dead Gorgeous, and Its Adam and Shelley in 2007.

In the following year, she developed her career as an actress by appearing on Ready Steady Cook in January 2010.

After that, she made an appearance on the reality show Famous and Fearless in 2011. Also, she played the main character in the Victoria movie 2011.

In addition, Sarah got to play the international charity worker Taylor Ashby in the BBC One medical drama Casualty in 2014. Later, she becomes a teacher for students at a new acting school in Liverpool.

Sarah status is a married woman and has been married just once. She tied the sacred knot of marriage with Jon Smith, who is an American personal trainer.

Their marriage ceremony was held in 2018 at The Holford Estate Cheshire.

Sarah’s net worth is estimated to be $1.5 million. Her wealth is earned from her career as a professional actress and model.

As an actress, Sarah Jayne Dunn continued to make her success by working on numerous projects such as movies, TV Series, and the model industry.

She is also well known for her presence on social media such as TikTok and Instagram.