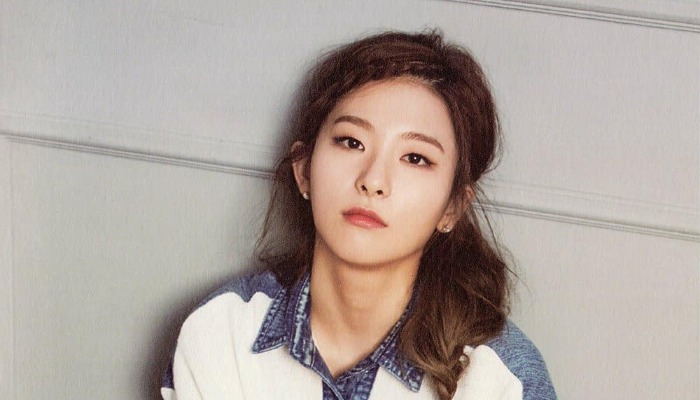 Seulgi started her journey as an idol in 2007. In that year, she officially became an SM Entertainment trainee. Five years later in 2013, shebecame the first trainee to be announced to the public through SM Rookies.

Before her debut with Red Velvet, she performed with Irene ‘Red Velvet’ and did a dance cover of S.E.S’s Be Natural.

In 2014, she was also featured in Henry Lau’s music video for Butterfly, one of the tracks on the Fantastic EP.

Finally, on August 1, 2014, she debuted with Red Velvet with the song Happiness topping the Korean charts.

Not only in Red Velvet, but her solo career is also increasing. She often releases singles with Wendy for drama OSTs, such as, Don’t Push Me Away for the drama Uncontrollably Fond (2016) and You’re The Only One I See for the drama Hwarang (2017).

In 2020, SM Entertainment confirmed that Seulgi and Irene would be Red Velvet’s first sub-unit. Following the news, the sub-unit finally released the mini-album Monster, which was quite successful.

1. Black is the true color for her

2. Seulgi looks cute even when she wears dark color

4. Elegant and classy Seulgi in a red dress

5. She looks like a fashionista with her greyish outfits

Seulgi is one of the most talented and charming K-Pop female idols. She also has a beautiful appearance and heart, and that’s why her fans are always on her side.