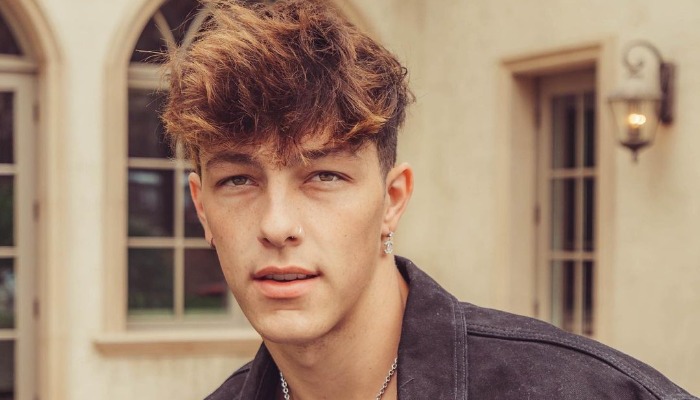 Before joining social media, Tayler Holder competed in motocross. He did it from an early age when he was 3 years old.

Holder made a YouTube channel in January 2016. In the channel, he posted challenges and lifestyle videos.

He then moved to Los Angeles in 2018. In August that year, he launched his initial single called Fallback.

He also released a song called Who I Am. Along with Casey Baer, Holder launched a Christmas single. In the same year, he played Luke in a series titled Dirt.

After moving out from the Hype House, he joined the ex-members and formed a group called Triller Compound. He has a merch line consisting of T-shirts and hoodies.

Throughout his career on social media, he has collaborated with other internet celebs such as Ayla Woodruff, Lisa Mantler, and Bryce Hall.

4. The background of the photo is sparkling

Tayler Holder is a good-looking social media star. His videos often collaborate with other internet personalities to hit more views.