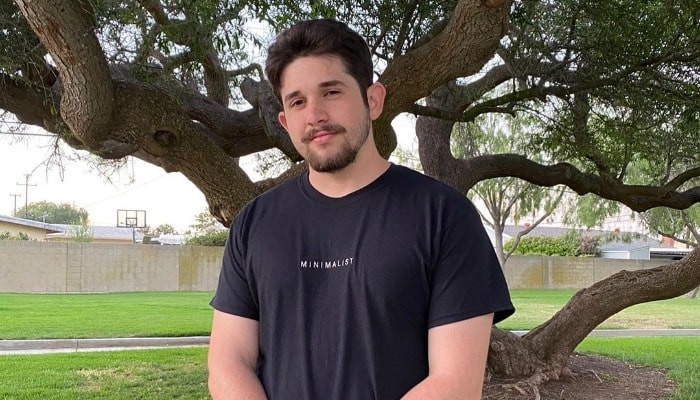 Evan Alberto, known as The Card Guy, started magic at 12. Then, he created TikTok in February 2019 and has been doing it for living.

He always tried his best to post as much as he can to get a chance to be viral. Once, he went to American Got Talent, but he was rejected.

In December 2019, he hit #1 on TikTok Trending. Since he gained more popularity, he performed for A-list celebrities Charlie Sheen and Will Ferrell. He was invited to perform for LA Mayor Eric Garcetti.

In February 2020, he went to The Hype House and did magic for popular TikTokers, such as Alex Warren, Addison Rae, and Chase Hudson. The video got more than 5 million views.

Throughout his career, Evan has collaborated with many famous people. He made a TikTok video with the famous entrepreneur and YouTuber Gary Vaynerchuk.

Evan also featured an internet star Katie Feeney and did a magic trick for her. He has collaborated with other magicians and TikTokers, such as SeanDoesMagic, Anna DeGuzman, and Spencer X.

He created a podcast channel named It’s Tricky Games With The Card Guy in December 2020.

Pics of The Card Guy

1. A selfie from the magician!

2. He makes a podcast

3. He sits at a park with a beautiful view

4. Evan wants to high five with his followers

The Card Guy or Evan Alberto is a creative and talented magician. He has been passionate about it since he was a kid and continued learning about it.