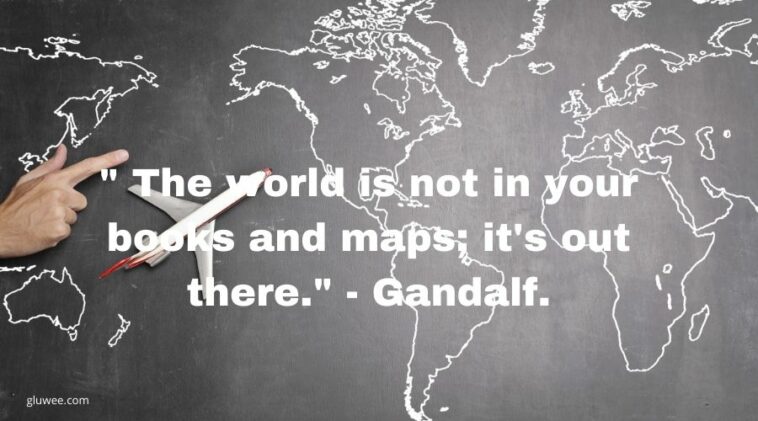 The Lord Of The Rings Quotes – For those of you who like fantasy novels, you may already be familiar with The Lord of the Rings.

The Lord of the Rings. The novels are an epic fantasy novel published in three volumes in 1954 and 1955, each volume consisting of two books.

The novel was written from 1937 to 1949 and became one of the most popular works of 20th-century literature and was translated into 38 languages.

Not just a novel, The Lord of the Rings has been filmed three times, the first as an animated film by Ralph Bakshi in 1978 (as the first of two originally planned films), the second in 1980 as a television show.

Because of that, this novel is famous for being the best novel ever published and filmed in its time and has received many awards.

In addition to the interesting novel, there are many exciting inspirations that can be gleaned from both the novel and the film.

Here are 100 The Lord of the Rings quotes that build inspiration and open new horizons.

The Lord Of The Rings Quotes Bring New Life Perceptions 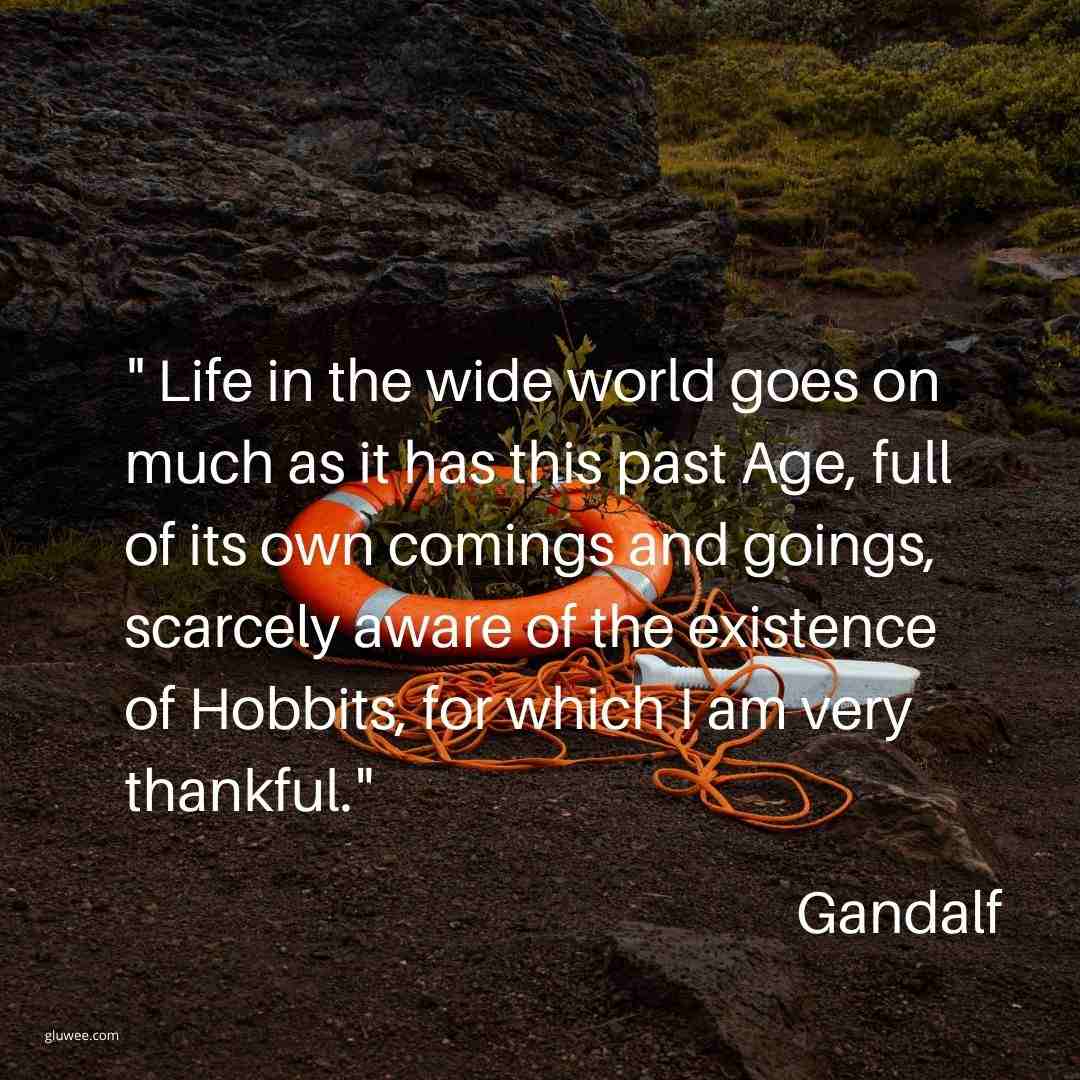 1.” Far to the east, over ranges and rivers lies a single solitary peak.” – Gandalf.

2.” May the wind under your wings bear you where the sun sails and the moon walks.” – Gandalf.

3.” There is a lot more in Bilbo than you guess, and a deal more than he has any idea of himself.” – Gandalf.

6.” Many die in war. Life is cheap. But a treasure such as this cannot be counted in lives lost. It is worth all the blood we can spend.” – Thorin.

8. ” Don’t adventures ever have an end? I suppose not. Someone else always has to carry on the story.” – Bilbo Baggins.

9.” It is useless to meet revenge with revenge: it will heal nothing.” – Frodo Baggins.

13.” From the ashes a fire shall be woken, a light from the shadows shall spring; Renewed shall be blade that was broken; The crownless again shall be king.” – J.R.R Tolkien.

16.” The time of the Elves is over. Do we leave Middle-Earth to its fate? Do we let them stand alone?” – Lady of the Wood.

18.” It is perilous to study too deeply the arts of the Enemy, for good or for ill.” – Elrond.

19.” I would rather share one life time with you than face all the Ages of this world alone.” – Arwen.

20.” His grief he will not forget; but it will not darken his heart, it will teach him wisdom.” – Aragorn. 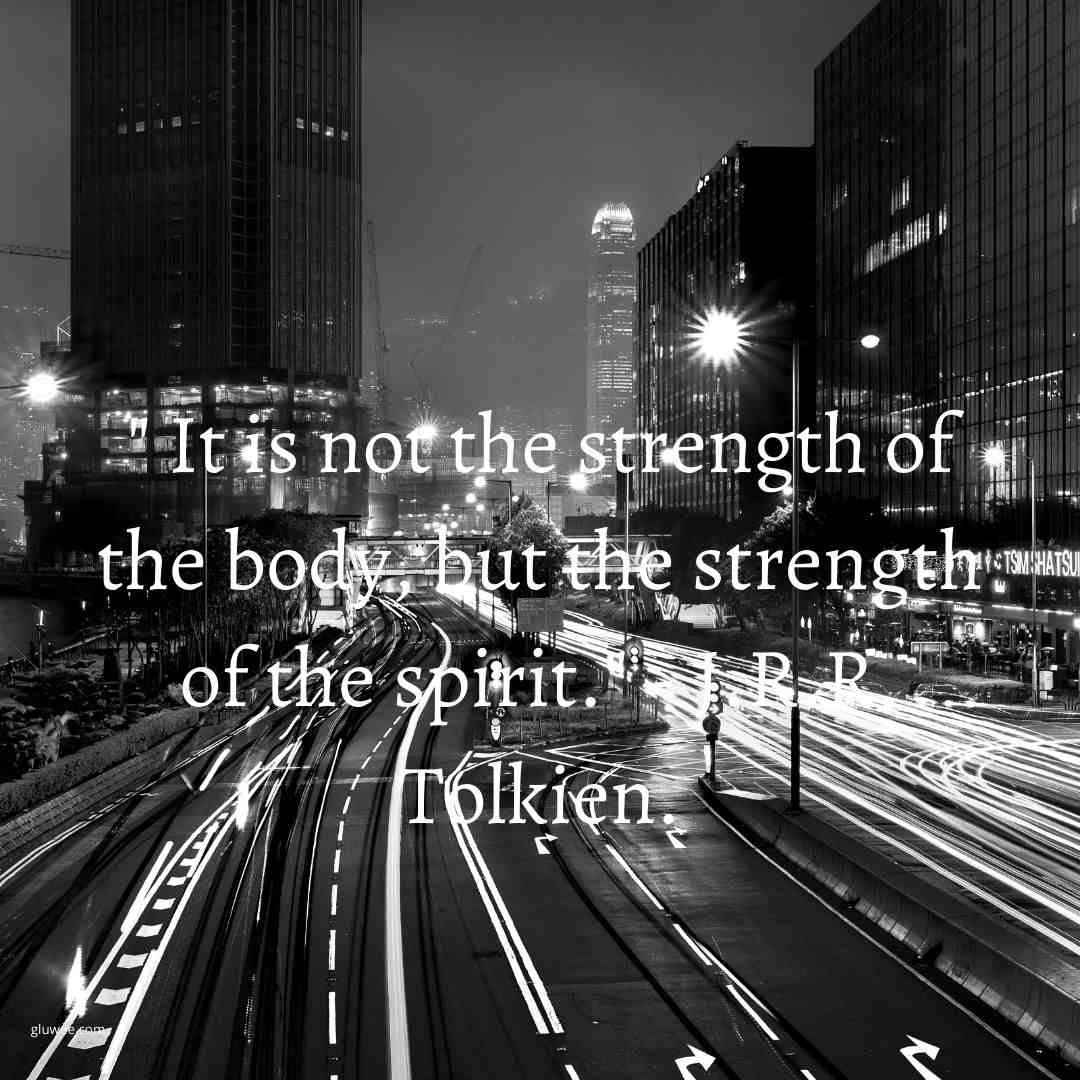 23. ”It is a strange fate that we should suffer so much fear and doubt over so small a thing… such a little thing” – Boromir

24. ”Many that live deserve death. And some that die deserve life. Can you give it to them? Then do not be too eager to deal out death in judgement.” – Gandalf

25. ”Memory is not what the heart desires. That is only a mirror” – Gimli

28. “Do not trust to hope. It has forsaken these lands.

30. “The reason of my waking mind tells me that great evil has befallen and we stand at the end of days. But my heart says nay; and all my limbs are light, and a hope and joy are come to me that no reason can deny.”

31. ”A wizard is never late, Frodo Baggins. Nor is he early. He arrives precisely when he means to” – Gandalf

32. ”For you do not yet know the strengths of your hearts, and you cannot foresee what each may meet on the road” – Elrond

33. ”But in the end it’s only a passing thing, this shadow; even darkness must pass.” – Sam Gamgee

34. ”A wizard is never late, Frodo Baggins. Nor is he early. He arrives precisely when he means to.” – Gandalf

35. ”He that breaks a thing to find out what it is, has left the path of wisdom.” – Gandalf

36. ”The board is set, the pieces are moving. We come to it at last, the great battle of our time” – Gandalf

38. “Three hundred lives of men I have walked this earth and now I have no time.”

39.” The wide world is all about you: you can fence yourselves in, but you cannot forever fence it out.” – Gildor.

40.” For you do not yet know the strengths of your hearts, and you cannot foresee what each may meet on the road.” – J.R.R. Tolkien. 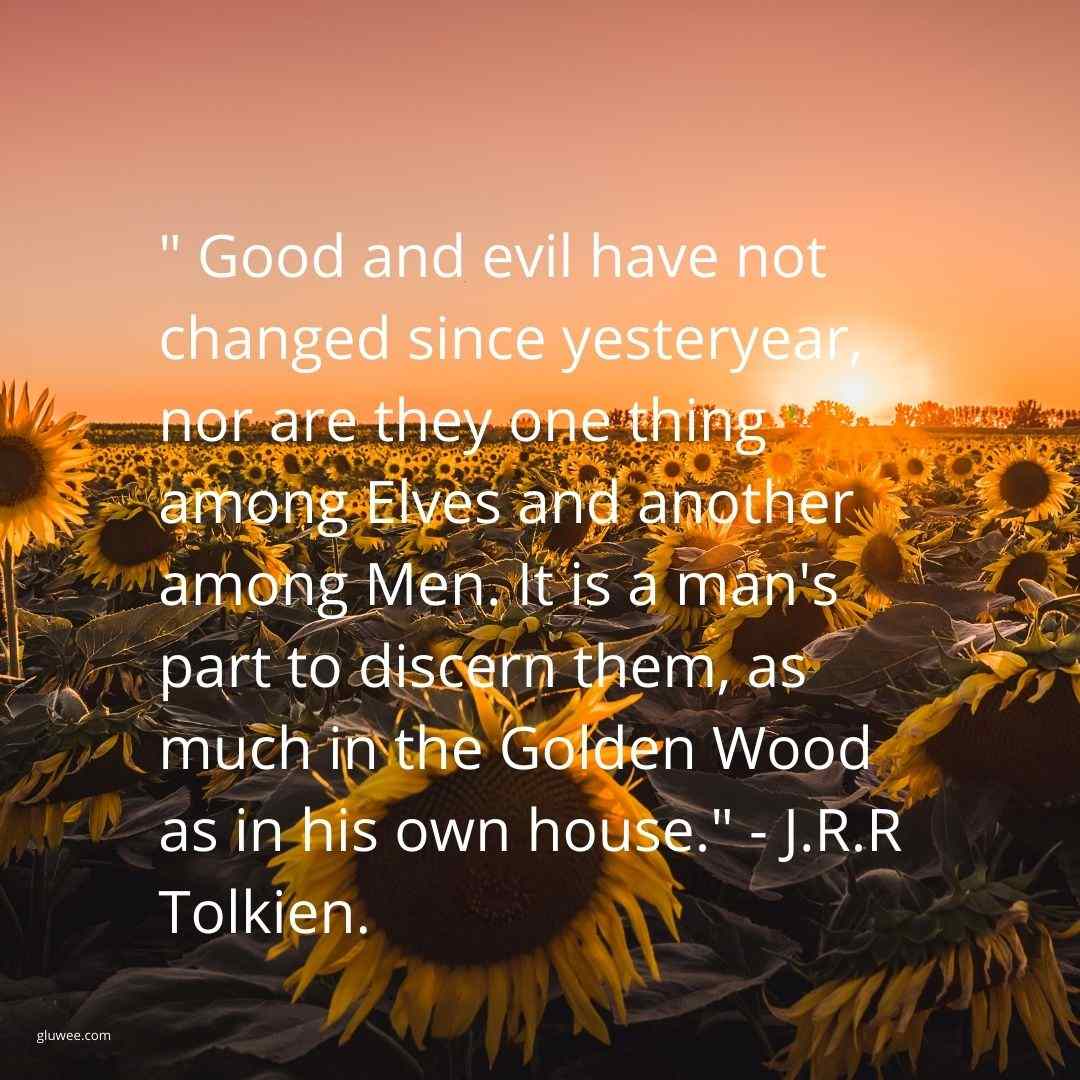 41.” Even the smallest person can change the course of history.” – Lady Galadriel.

42.” In this hour, I do not believe that any darkness will endure.” – Faramir.

45.” Much evil must befall a country before it wholly forgets the Elves, if once they dwelt there.” – J. R. R. Tolkien.

49.” It is not despair, for despair is only for those who see the end beyond all doubt. We do not.” – Gandalf.

50.” Be silent! Keep your forked tongue behind your teeth! I have not passed through fire and death to bandy crooked words with a witless worm.” – Gandalf.

51.” You cannot pass… I am a servant of the Secret Fire, wielder of the Flame of Anor. The Dark Flame will not avail you, Flame of Udun. Go back to the shadow. You shall not pass.” – Gandalf.

52.” He was strong in life. His spirit will find the way to the halls of your fathers.” – Gandalf.

53.” A wizard is never late, Frodo Baggins. Nor is he early. He arrives precisely when he means to.” – Gandalf.

54.” The board is set, the pieces are moving. We come to it at last, the great battle of our time.” – Gandalf.

56.” You can learn all there is to know about their ways in a month, and yet after a hundred years they can still surprise you.” – Gandalf. 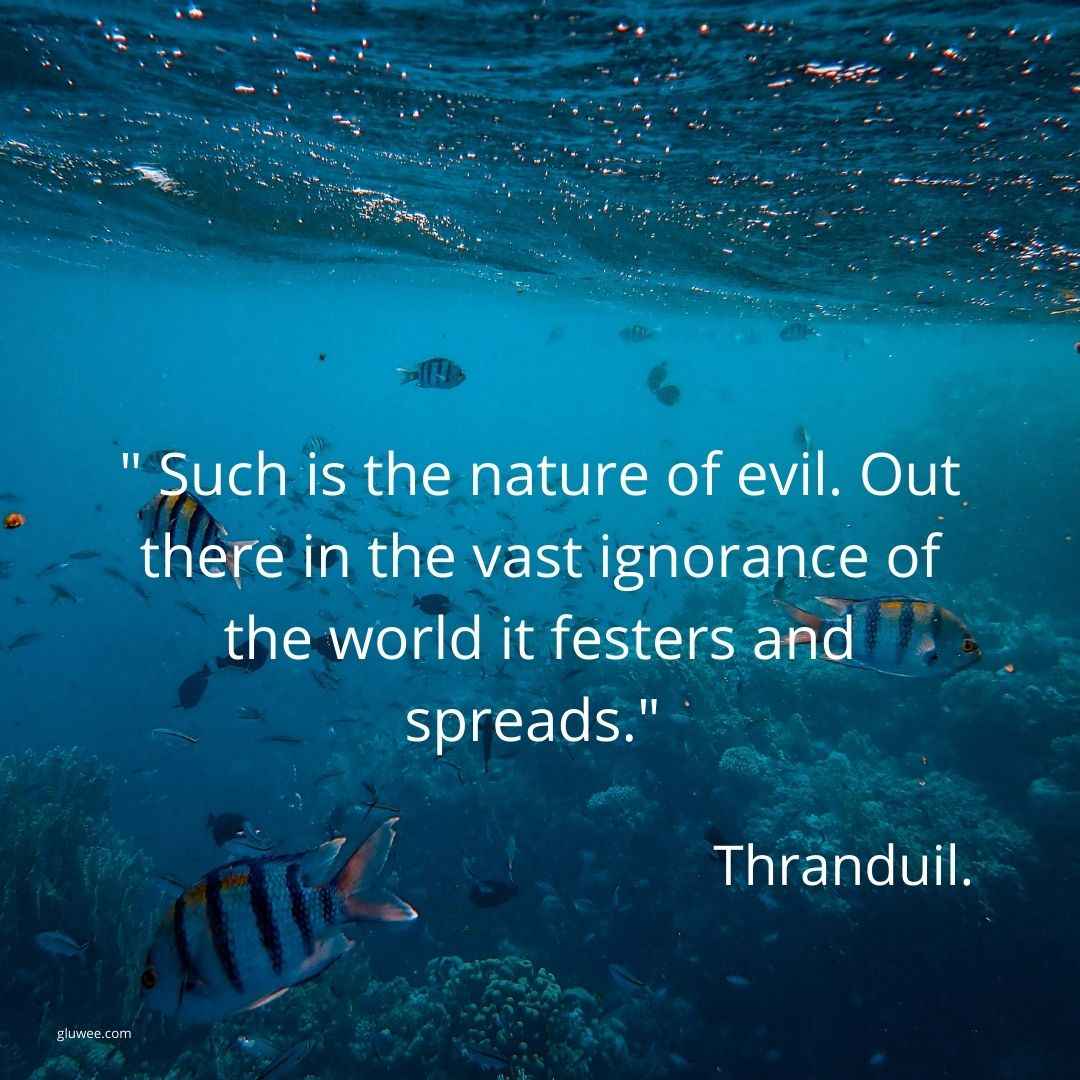 64.” You’re not making a very splendid figure as King Under The Mountain, are you?” – Gandalf.

70.” Thror’s love of gold had grown too fierce. A sickness had begun to grow within him. It was a sickness of the mind. And where sickness thrives bad things will follow.” – Bilbo.

71.” Such is the nature of evil. Out there in the vast ignorance of the world it festers and spreads.” – Thranduil.

72.” The Nazgul they were; the Ringwraiths, the Enemy’s most terrible servants; darkness went with them and they cried with the voices of death.” – J. R. R. Tolkien.

75.” Faithless is he that says farewell when the road darkens.” – Gimli.

76.” Deeds will not be less valiant because they are unpraised.” – Aragorn.

78.” Far, far below the deepest delvings of the dwarves, the world is gnawed by nameless things.” – J. R. R. Tolkien.

79.” A hunted man sometimes wearies of distrust and longs for friendship.” – Aragorn. 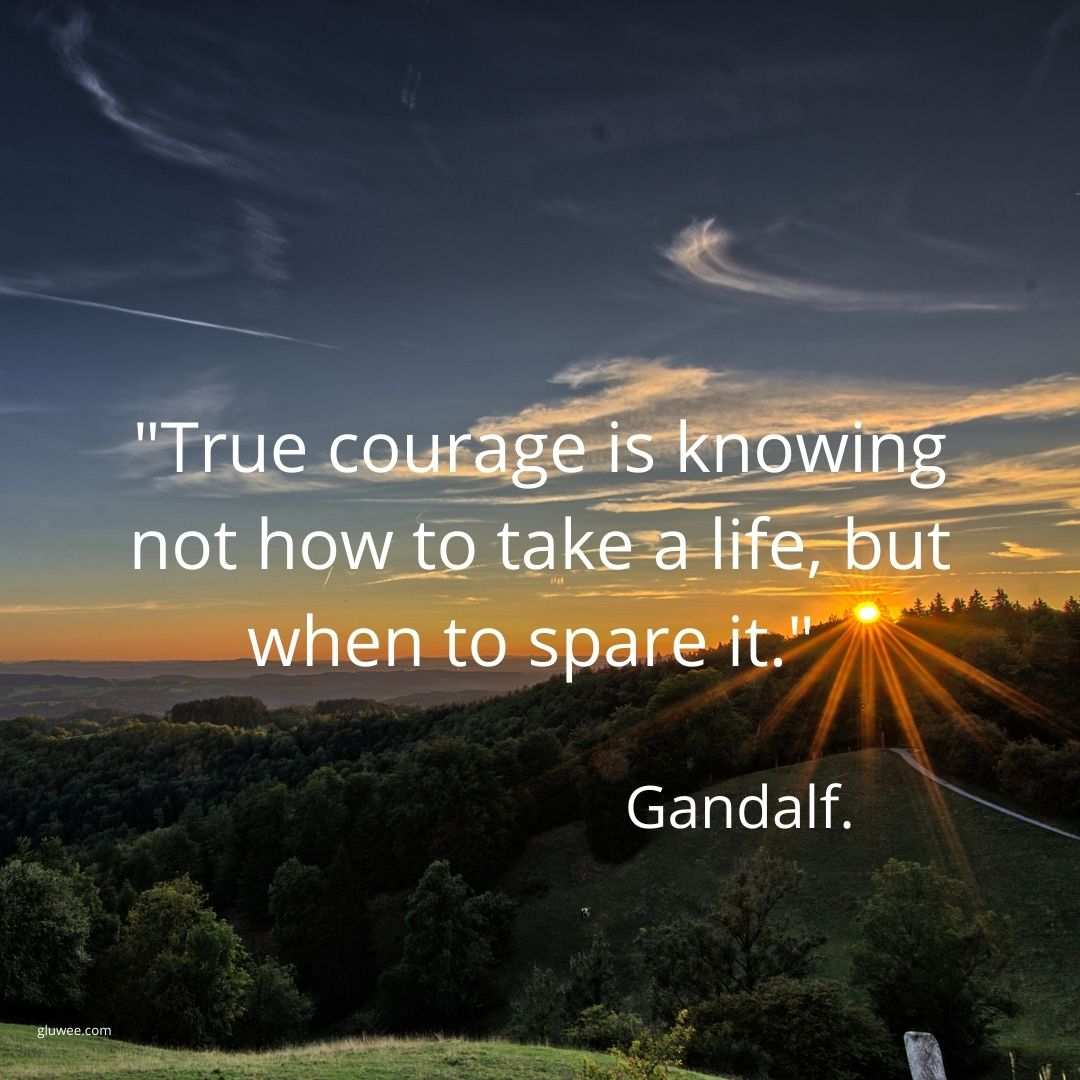 87.” For the time will soon come when Hobbits will shape the fortunes of all.” – Galadriel.

89.” Good and evil have not changed since yesteryear, nor are they one thing among Elves and another among Men. It is a man’s part to discern them, as much in the Golden Wood as in his own house.” – J.R.R Tolkien.

90.” All that is gold does not glitter, Not all those who wander are lost.” – Bilbo, ‘The Fellowship of the Ring.’

92.” Bilbo Baggins! Do not take me for some conjuror of cheap tricks. I am not trying to rob you, I’m trying to help you.” – Gandalf.

94.” Life in the wide world goes on much as it has this past Age, full of its own comings and goings, scarcely aware of the existence of Hobbits, for which I am very thankful.” – Gandalf.

96.” My heart tells me that Gollum has some part to play, for good or ill, before this is over. The pity of Bilbo may rule the fate of many.” – Gandalf.

97.” In this Music [the singing of the angels in harmony] the World was begun; for Iluvatar made visible the song of the Ainur, and they beheld it as a light in the darkness.” – J. R. R. Tolkien.

100.” Many that live deserve death. And some that die deserve life. Can you give it to them? Then do not be too eager to deal out death in judgement. For even the very wise cannot see all ends. I have not much hope that Gollum can be cured before he dies, but there is a chance of it.” – Gandalf.

These are 100 The Lord of the Rings quotes that inspire and open our horizons. Hopefully the meaning can be taken in it and can bring a moment of nostalgia from this film and novel.