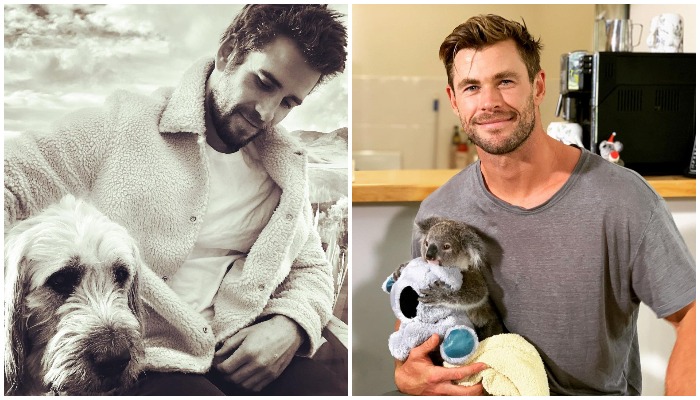 Hollywood actors and singers have attractive and handsome faces. Most people think that they are the most handsome from all over the world.

They have tall bodies and beautiful eyes, which make people who see them falling in love.

Here are a list of 10 actors and singer that nominated as the most handsome from all Hollywood celebrities that voted by 1 Millions voter.

This 37 year old man is in the first position. Chris Hemsworth was born in Australia and started his Hollywood movie  in Thor (2011) and The Avenger (2012). He has blue eyes and manly body.

Harry styles born in England. He was one of One Direction members before he started his solo career.

He is Kendall Jenner and Taylor Swift’s ex boyfriend. He becomes number three the most handsome guy voted by fans.

Captain America, Chris Evan is one of  the most handsome actors. He has tall body 1,83 m.

In 2020, he got scandal after posted a story in his Instagram about his genital photo. He is in 3rd position most handsome celebrity in Hollywood.

Liam Hemsworth is a younger brother of Chris Hemsworth and ex husband of Miley Cyrus.

He played in The Last Song in 2010. He has won some awards for Young Hollywood Breakthrough of the Year and Choice Movie:Male Breakout.

Tom Holland played as Peter Parker in Spiderman Movie. He is one of  the most handsome star from Britain. He is a big fan of Harry Potter. Tom Hollan is in the fifth position.

Read more: Before and After Pics of 10 Hollywood Celebrities Having Plastic Surgery

In 2017, He plays The Greatest Man with Zendaya as his partner. He is nominated as a 7th handsome Hollywood star.

Cole Sprouse are a talented actor who won many awards. He starts to get nomination award in 1999 as Youngstar award and begin to win in 2017 as a Teen Choice award for television series Riverdale.

The 9th Handsome Hollywood star is Dylan O’Brein. He was born on 26 August 1991.

He played in the trilogy The Maze Runner. He has won awards for 2013 at The Young Hollywood Award for Best Ensemble.

Shawn Mendes is a singer from Canada. He has a relationship with Camelia Camelo. He has just released his song with Justin barber ‘Monster’. He is 10th the most handsome Hollywood celebrity.

Those 10 celebrities are talented and attractive people. Interestingly, both Hemsworth are in the list of the most handsome stars. Is your favorite actor in the list?