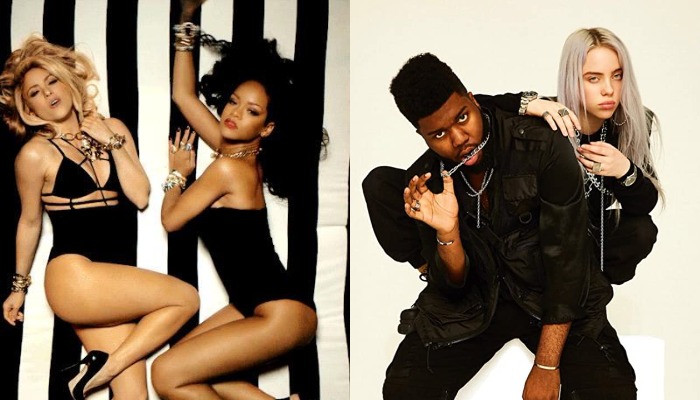 It will be so great to hear and see the performance of two awesome singers at the same time. It also should be the reason of why a singer does a duet song with another singer.

Then, when the song came up, a lot of fans giving a positive response and love it so much.

Duet singers sometimes make a huge song. They work together and complete each other for their work to be perfect. So, here are top 10 duet singers from various generations of time.

Read more: These are 9 Affair Scandal Stories From Hollywood Stars

1. Shakira and Rihanna released their song Can’t Remember to Forget You on January 31, 2014. It reaches US Billboard Hot 100 and US Mainstream Top 40

2. Endless Love song from Diana Ross and Lionel Richie is one of the best duet song. This song was written by Lionel Richie, which got number one position from many chart music

3. My Boo is a duet song by Usher and Alicia Keys. It won Grammy Awards for Best R&B Performance by duo or group in 2005

4. Closer song from The Chainsmokers and Halsey win many awards such as Hot 100 Billboard music, MYX Music Award, and Billboard Award Top Collaboration

5. Bradley Cooper makes a duet song with a beautiful singer Lady Gaga under the title Shallow. It also a sounstrack song for drama A Star Is Born

8. Two handsome singers, Justin Beiber and Shawn Mendes released their song Monster. They seem to express their true feeling inside this awesome song

9. Lady Gaga does a duet song with Ariana Grande under the song, Rain On Me. They won Best Pop Duo/Group Performance at Grammy Award 2021

10. A soft and great song from Bilie Eilish and Khalid makes people falling in love at the first time they heard it. It reaches various position in many chart music

Have you heard those songs before? Moreover,  who is your most favorite duet singer from those 10 partners?