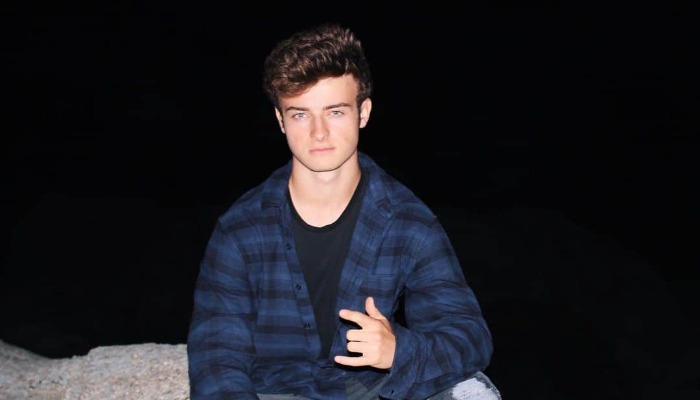 Topper Guild posted his video on TikTok for the first time at the beginning of 2018. He created a TikTok account after his brother told him about the app.

Moreover, Topper has always wanted to be a social media influencer. He then continued publishing videos about daily life, comedy, pranks, and challenges.

After several weeks, the number of followers didn’t grow. Yet, his brother kept encouraging him to consistently post videos.

One of Topper’s videos became viral and he got more followers, even TikTok verified his account.

Since then, Topper has gained millions of followers. He got his 20 million followers on TikTok in November 2020.

His first video was published on January 21, 2020. It was about him destroying strangers’ iPhones and giving them the new iPhone 11. On this platform, he also gained a huge following.

Throughout his career, Topper has collaborated with a boxer named Ryan Garcia and his famous friends, such as Stephen Sharer, Dylan Spranks, Nathan Davis Jr.

The internet personality also often features his family and girlfriend in his videos.

1. Topper’s messy hair is his trademark

2. He poses with one of his dogs

4. This social media star looks cool with the sunglasses

5. His white hoodie pops up in the dark space

Topper Guild has made his dream to be a social media star come true. He has gained millions of followers across the social platforms and will continue to grow even more.