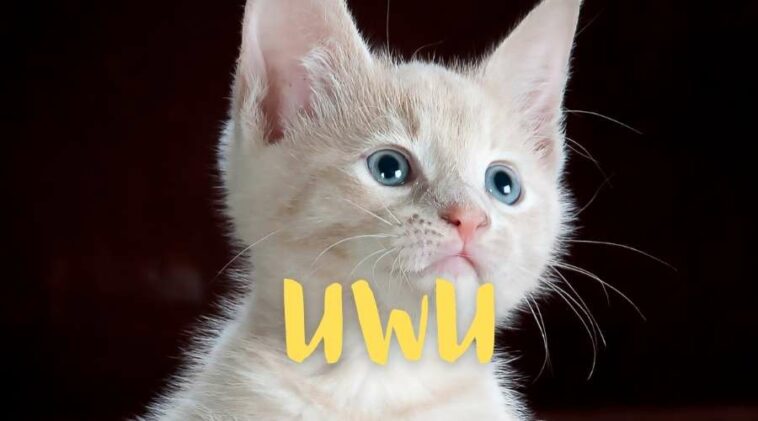 You might have seen or heard about the term ‘uwu’ before across various social media platforms and live conversations in your daily life.

This term becomes wider and wider, so it is understandable if everybody uses this term as often as possible.

There are various interpretations when it comes to defining this modern term, so just keep reading this article.

Read also: What is WYD? Meaning and Origin

When it comes to definition, this term ‘uwu’ can be defined as an expression of a cute face or feeling when responding to something.

This term is used to describe a feeling that is warm, cute, happy, and even an affectionate ambition in a certain condition.

In another usage, uwu also has a relation with its sibling emoticons, such as owo or owu that represent surprise and excitement.

Usually, this term is used by people when it comes to digital platforms, such as in fan culture or even fan art.

The usage of this term generally is used at the end of a sentence to express the message with various feelings.

The first usage of this term is connected to a type of Japanese emoticon, kaomoji, that incorporates Japanese special character.

In that kaomoji, uwu is defined as cuteness and is often being drawn on various Japanese art, such as manga and anime.

This modern term first was discovered online in 2005 on an online manga and anime fan fiction site at the time.

After that, the usage of this term became more popular on digital platforms in the late 2000s on the rise of social media and increased popularity of East Asian.

Several years later, in 2018, uwu started to get massive attention after Mark Hamill tweeted this term.

Starting from then, this term finally is used commonly by a lot of people out there in their daily life.

Read also: What is SMH? Meaning and Origin

The term uwu is a cute expression to depict various cute feelings and conditions, so no wonder if this term becomes popular.

You can also use this term whenever you see some beauty and cuteness in your life.