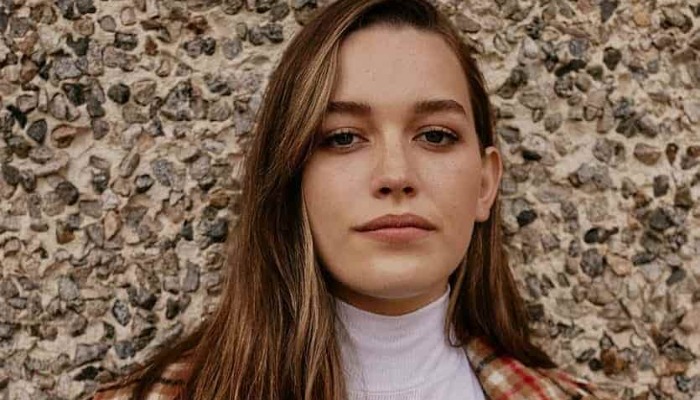 Victoria Pedretti has been passionate about acting, so she studied acting at Carnegie Mellon University. In 2014, she started her acting career in short films named Sole and Uncovering Eden.

Her breakthrough was selected as Eleanor “Nell” Crain Vance in a Netflix series titled The Haunting of Hill House. Her performance was appreciated by many film critics.

For the role, Pedretti received a nomination as the Most Frightened Performance at the 2019 MTV Movie & TV Awards.

She also got nominations from Saturn Awards and Online Film & Television Association in the same year.

In 2017, she appeared on another Netflix series named You as Love Quinn. Two years later, she got a role as Leslie Van Houten or Lulu, a convicted murderer in Once Upon a Time in Hollywood, alongside Brad Pitt and Leonardo DiCaprio.

In 2020, she made a guest appearance in an anthology series named Amazing Stories. In the same year, Vicotria starred in a drama film called Shirley.

After that, she played in Netflix series titled The Haunting of Bly Manor. The role led her receive a nomination from the Critics’ Choice Super Awards in 2021.

2. She looks mysterious with that unique black dress

4. The big golden earrings match her outfit and hair

5. She wears a pink pastel top

Victoria Pedretti is a skillful young actress. No wonder her films are always awaited by her fans and get many positive praises.