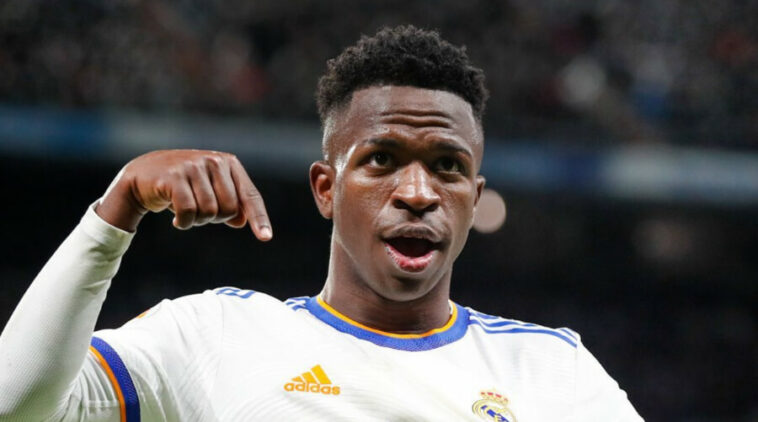 Vinicius Junior began his training in football at an early age. When he was seven, his parents registered him at a famous club in Niteroi, south of Sao Goncalo.

When his family finances began depleting, he should stay with his uncle in Sao Paulo, which is closer to his training ground. When he was nine years old, his parents took him to take a trial at Flamengo Academy.

Thought the club saw potential in him, but they told him to wait a year later to take a trial again. In 2010, he took a trial test again in Flamengo’s youth and passed.

He makes his professional senior debut in 2017 at Flamengo when he was 16. His performance in was memorable as he could score goals for Flamengo and celebrate it with unique style.

Two days after his professional debut, Flemango announced the renewal of his contract and his transfer rising from €30 to €45 million.

Though his transfer price sparked debated among football scout, but European clubs like FC Barcelona or Real Madrid willing to pay €45 to have Vinicius in their team under some condition.

His first choice at first was FC Barcelona, but there’s a problem because of his price and his age and when Barcelona FC was still in doubt, Real Madrid took a step and went ahead with the transfer with €46 million.

While his career in the national team started in March 2017, he was invited to represent Brazil at South American U-17 Championship.

He scored seven goals in the tournament and brought Brazil won for the 12th time. In 2019, he makes his senior debut representing Brazil.

“I come from Flamengo, a club with a lot of pressure. I’ve become accustomed to it, but my family gives me all the support possible. I don’t think about failure.”

“I want to thank Ronaldo for being here. He’s someone I’ve always followed and it’s incredible to be by his side. I’ll give much success to Madrid”

“My objective is to win more. I always want to be on top, and that is why I’ve chosen Real Madrid & I want to conquer more championships.”

“Neymar is my idol & I follow him closely. I have to work to stay in real Madrid. I have a dream of playing together with Neymar.”

“My salary doesn’t matter, all I care about is that I’m playing for the world’s biggest club.”

Customized to the pressure since young, Vinicius Junior proved that he was worth looking forward to as one of the promising footballers.