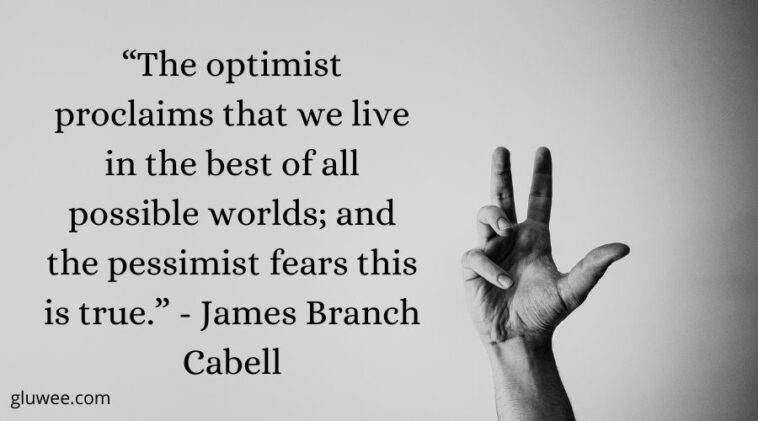 Witty Quotes – You are probably already familiar with the word “witty”. It is something smart and unusual from the others.

There are many things that we can laugh at, can motivate, can provide solutions and even with the power of words that can change perceptions and behavior in everyday words. It’s really extraordinary right?

From the words that we are discussing today, namely quotes, contain a piece of motivational words that can entertain, inspire, and teach.

Quotes do not only contain motivation, many quotes tell the background about ideas and anxiety, creativity and funny, also sad stories that implied in a quote.

For that, now we will laugh, smile, motivate ourselves in 100 witty quotes that give meaningful words.

Witty Quotes That Have Meaningful Fragments of Words 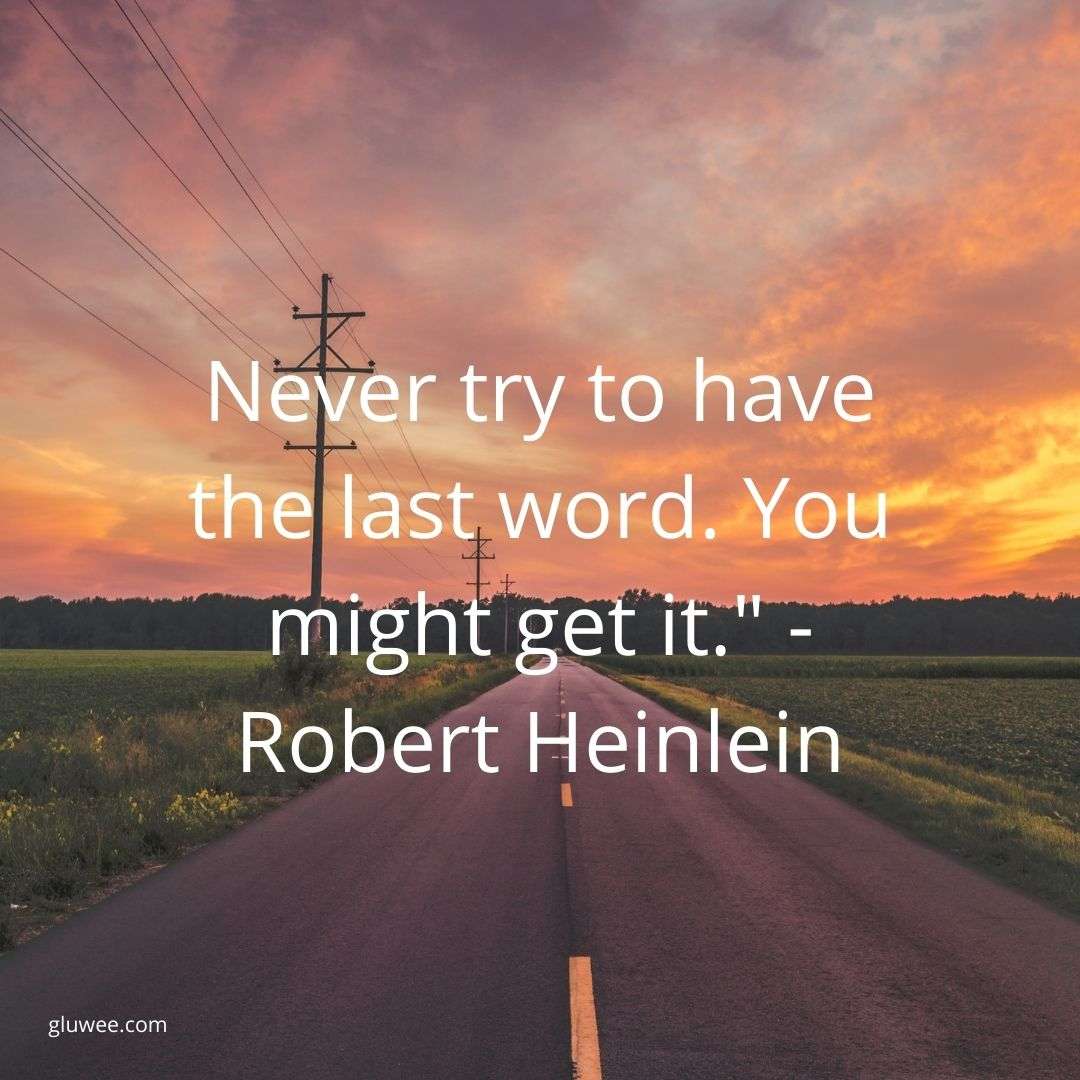 1. “It’s true hard work never killed anybody, but I figure, why take the chance?” – Ronald Reagan

2. “Knowledge is proud she knows so much; wisdom is humble that she knows no more.” – William Cowper

4. “Never try to have the last word. You might get it.” – Robert Heinlein

5. “Human beings, who are almost unique in having the ability to learn from the experience of others, are also remarkable for their apparent disinclination to do so.” – Douglas Adams

6. “Patriotism is your conviction that this country is superior to all others because you were born in it.” – George Bernard Shaw

7. People who think they know everything are a great annoyance to those of us who do.” – Isaac Asimov

9. “A person is wise if he listens to millions of advice and doesn’t implement any of it.” – Michael Bassey Johnson

10. “It is far better to be alone, than to be in bad company.” – George Washington

11. “I suppose it is tempting, if the only tool you have is a hammer, to treat everything as if it were a nail.” – Abraham Maslow

12. “To steal ideas from one person is plagiarism; to steal from many is research.” – Steven Wright

13. “If you want to make enemies, try to change something.” – Woodrow Wilson

14. “She has all of the virtues I despise, and none of the vices I admire.” – Winston Churchill

15. “There are only two great tragedies in life: one is not getting what you want and the other is getting it.” – Oscar Wilde

16. “There is nothing so useless as doing efficiently that which should not be done.” – Unknown

17. “If God did not intend for us to eat animals, then why did he make them out of meat?” – John Cleese

19. “When the waitress asked if I wanted my pizza cut into four or eight slices, I said, ‘Four. I don’t think I can eat eight.” – Yogi Berra

20. “Not all chemicals are bad. Without hydrogen and oxygen, for example, there would be no way to make water, a vital ingredient in beer.” – Dave Barry 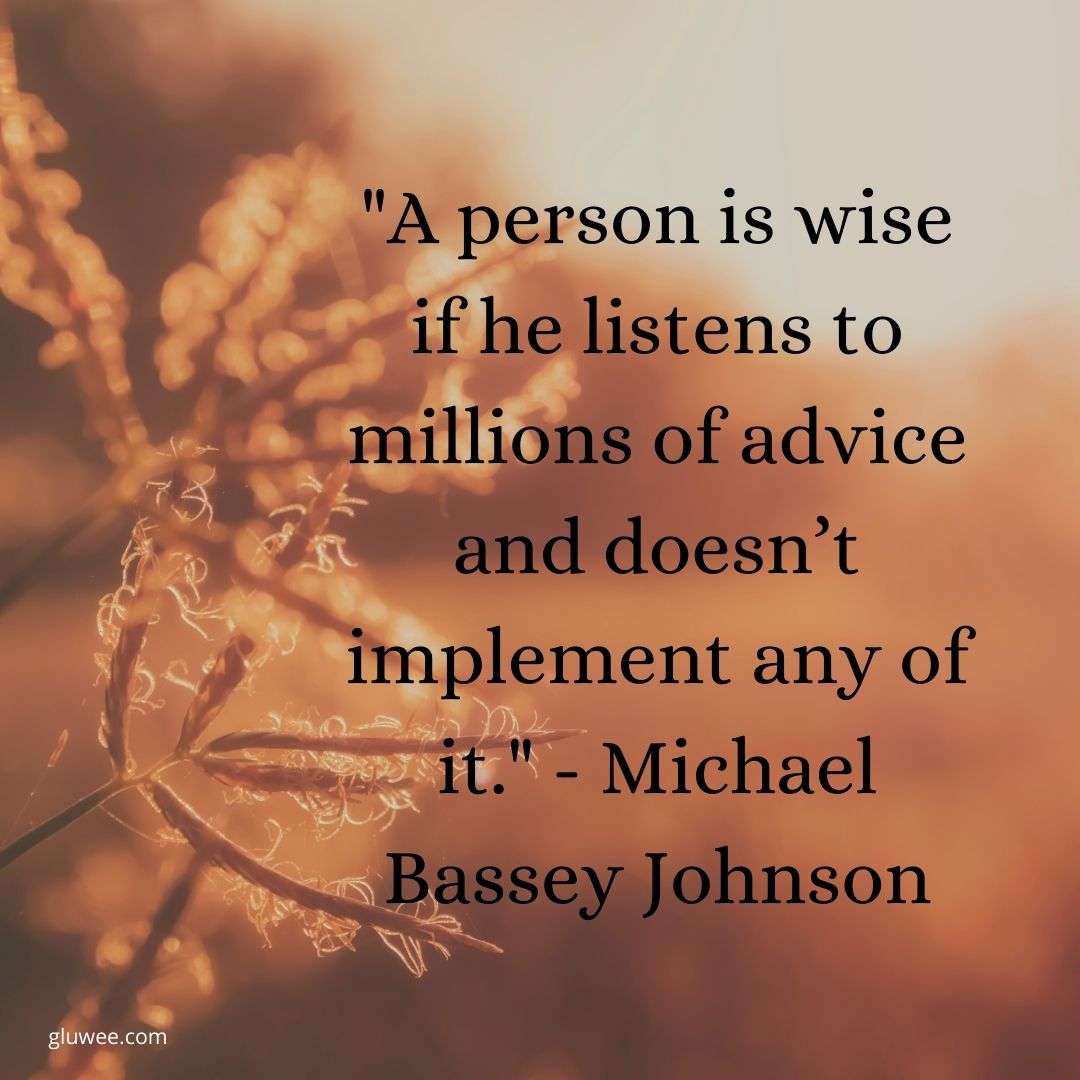 22. “Always do sober what you said you’d do drunk. That will teach you to keep your mouth shut.” – Ernest Hemingway

24. “All I’ve ever wanted was an honest week’s pay for an honest day’s work.” – Steve Martin, in the film Sgt. Bilko.

25. “A college education is one of the few things a person is willing to pay for and not get.” – William Lowe Bryan

26. “In real life, I assure you, there is no such thing as algebra.” – Fran Lebowitz

27. “True terror is to wake up one morning and discover that your high school class is running the country.” – Kurt Vonnegut

28. “The secret of staying young is to live honestly, eat slowly, and lie about your age.” – Lucille Ball

29. “You are only young once. After that you have to think up some other excuse.” – Billy Arthur

30. “By the time you’re 80 years old you’ve learned everything. You only have to remember it.” – George Burns

31. “You can’t believe everything you hear, but you can repeat it.” – Anonymous

32. “A gossip is a person who creates the smoke in which other people assume there’s fire.” – Dan Bennett

34. “I’m not offended by blonde jokes because I know I’m not dumb and I also know that I’m not blonde.” – Dolly Parton

36. “My definition of an intellectual is someone who can listen to the William Tell Overture without thinking of the Lone Ranger.” – Billy Connolly

38. “Two things are infinite: the universe and human stupidity; and I’m not sure about the universe.” – Albert Einstein

39. “Think of how stupid the average person is and realize half of them are stupider than that.” – George Carlin

40. “User: the word computer professionals use when they mean ‘idiot.’” – Dave Barry 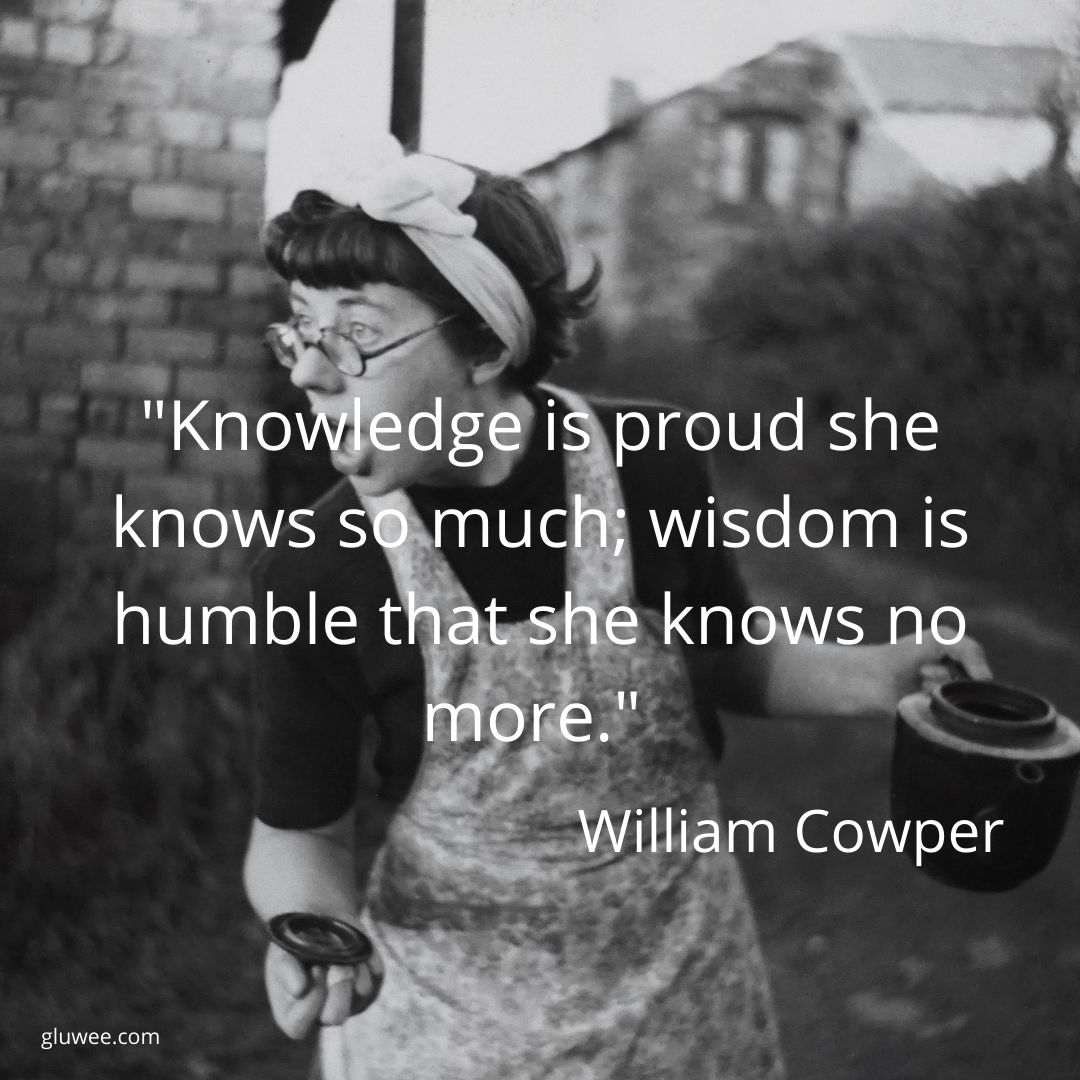 42. “She never lets ideas interrupt the easy flow of her conversation.” – Jean Webster

43. “He can compress the most words into the smallest idea of any man I know.” – Abraham Lincoln

46. “He is a self-made man and worships his creator.” – Henry Clapp

47. “The nice thing about egotists is that they don’t talk about other people.” – Lucille S. Harper

48. “People who think they know everything are a great annoyance to those of us who do.” – Isaac Asimov

49. “An optimist is someone who falls off the Empire State Building, and after 50 floors says, ‘So far so good!” – Anonymous

50. “The nice part about being a pessimist is that you are constantly being either proven right or pleasantly surprised.” – George Will

51. “The optimist proclaims that we live in the best of all possible worlds; and the pessimist fears this is true.” – James Branch Cabell

53. “By working faithfully eight hours a day, you may eventually get to be boss and work twelve hours a day.” – Og Mandino

54. “The Best way to destroy an enemy is to make him a friend.” – Robert Frost

57. “It is not what you gather but what you scatter that tells what kind of life you have lived.” – Unknown

58. “If an apology is followed by an excuse or a reason, it means they are going to commit same mistake again they just apologized for.” – Helen Walton

59. “I would have written a shorter letter, but I did not have the time.” – Amit Kalantri

60. “Learning to ignore things is one of the great paths to inner peace.” – Mark Twain

61. “Liberty means responsibility. That is why most men dread it.” – Robert J. Sawyer

62. “The whole problem with the world is that fools and fanatics are always so certain of themselves, and wiser people so full of doubts.” – George Bernard Shaw

64. “I respect only those who resist me, but cannot tolerate them.” – Lord Byron

65. “George Carlin quote “If you try to fail, and succeed, which have you done?” – Charles de Gaulle

67. “We hope you enjoyed this biting collection of witty quotes and gained some humor and perspective from them.” – Conclusion

68. “An ounce of action is worth a ton of theory.” – Ralph Waldo Emerson

71. “Don’t be too timid and squeamish about your actions. All life is an experiment.” – Ralph Waldo Emerson

72. “My advice to you is get married: If you find a good wife you’ll be happy; if not, you’ll become a philosopher.” – Socrates

73. “If you want to be sure that you never forget your wife’s birthday, just try forgetting it once.” – Aldo Cammarota

74. “Before you marry a person, you should first make them use a computer with slow Internet service to see who they really are.” – Will Ferrell

75. “Never criticize your spouse’s faults; if it weren’t for them, your mate might have found someone better than you.” – Jay Trachman

77. “Instead of getting married again, I’m going to find a woman I don’t like and give her a house.” – Rod Stewart

78. “Behind every great man is a woman rolling her eyes.” – Jim Carrey

80. “A person with a sharp tongue will eventually cut themselves.” – J. Robson Koenig 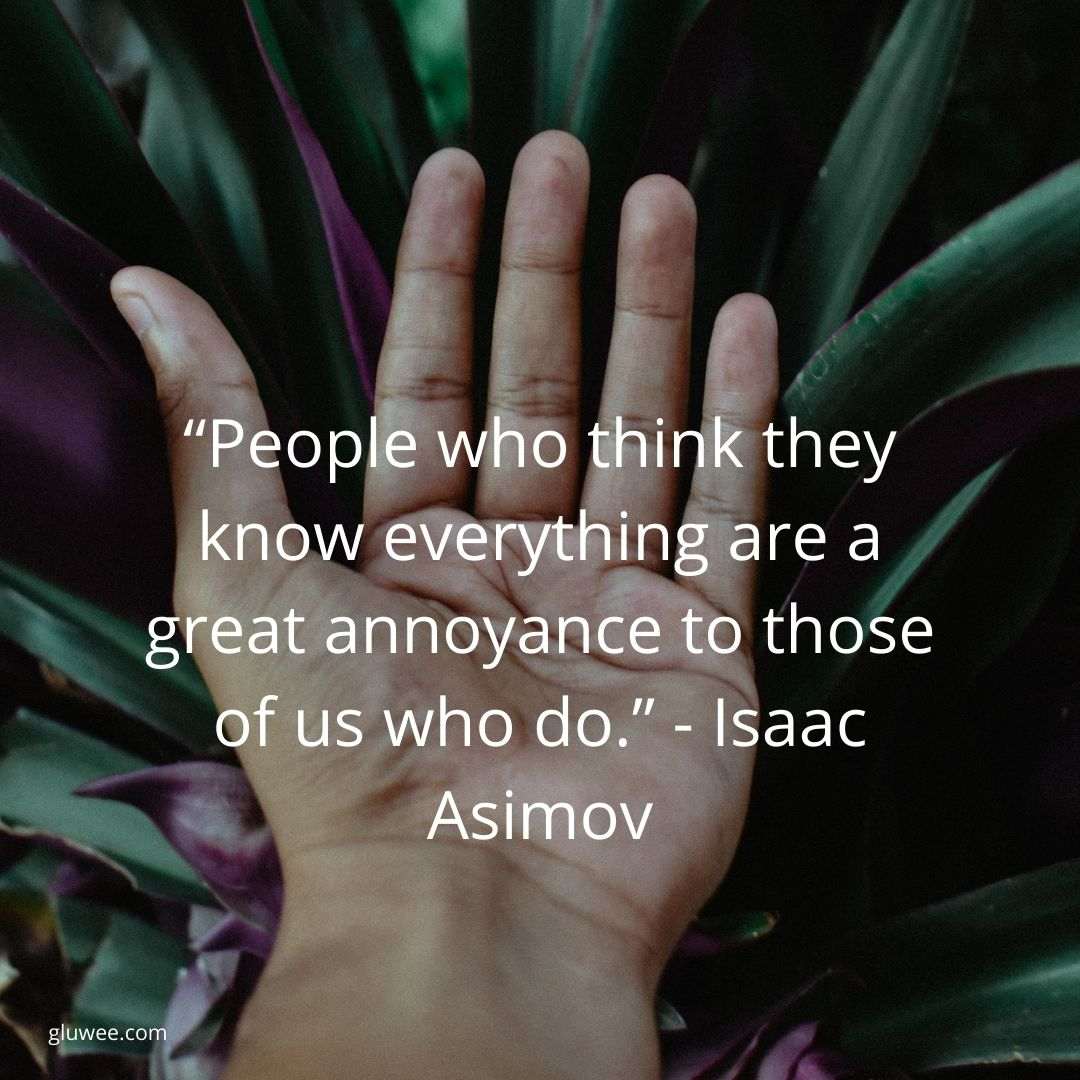 81. “A witty saying proves nothing.” – Voltaire

82. “If you tell the truth, you don’t have to remember anything.” – Mark Twain

83. “Dreams have only one owner at a time. That’s why dreamers are lonely.” – Erma Bombeck

84. “By working faithfully eight hours a day, you may eventually get to be boss and work twelve hours a day.” – Robert Frost

85. “Do your own thinking independently. Be the chess player, not the chess piece.” – Ralph Charell

86. “Pretending to care what men think is an art. It takes moments to learn, but lifetimes to master. I’d like to believe I’m an expert.” – Dennis Sharpe

87. “The first principle is that you must not fool yourself, and you are the easiest person to fool.” – Richard P. Feynman

88. “A technicality I’m prepared to hide wildly behind.” – Jim Butcher

89. “I respect only those who resist me, but cannot tolerate them.” – Charles de Gaulle

91. “Experience was something it was difficult to avoid, though many people had managed to keep it to a minimum.” – Philip José Farmer

92. “My mistakes are usually so enjoyable that I tend to repeat them.” – Lisa Kleypas

95. “Adults are always asking children what they want to be when they grow up because they’re looking for ideas.” – Paula Poundstone

96. “A perfect parent is a person with excellent child-rearing theories and no actual children.” – Dave Barry

97. “Just be good and kind to your children. Not only are they the future of the world, they’re the ones who can sign you into a home.” – Dennis Miller

98. “When I was a kid my parents moved a lot, but I always found them.” – Rodney Dangerfield

99. “If you are not yelling at your kids, you are not spending enough time with them.” – Reese Witherspoon

100. “When your mother asks, ‘Do you want a piece of advice?’ it is a mere formality. It doesn’t matter if you answer yes or no. You’re going to get it anyway.” – Erma Bombeck

Read also: 110 The Sweetest I Miss You Messages and Quotes

Those 100 witty quotes that relate to everyone in interpreting your own life step by step.