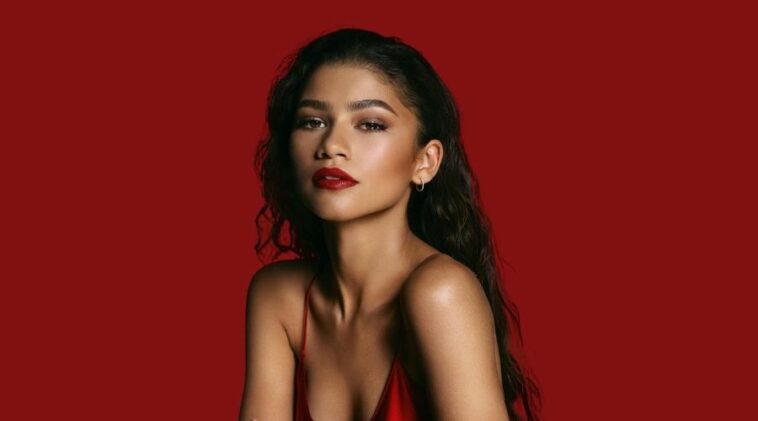 Zendaya initially started her path as a fashion model in 2009, particularly for Mervyns, Old Navy, and Macy’s.

Not only that, but she also appeared in a commercial for iCarly toys and became a back-up dancer for Sears CF, featuring Selena Gomez.

Later, this Virgo entertainer made her first appearance on MV by Kidz Bop, Hot n Cold, a cover song of Katy Perry’s single.

During that year, Zendaya also got her own way by auditioning for Shake It Up as CeCe Jones, but instead, she was selected to portray Rocky Blue.

That show became her career breakthrough, which when it was aired for the first time in 2010, the show got a million viewers and directly became Disney Channel’s second highest-rated premiere.

One year later, she made a release of her single, Swag It Out (2011) and then followed by Watch Me in the same year.

Zendaya got her first movie for Frenemies (2012), a movie by Disney Channel, which rewarded her with a lot of awards.

In 2015, she got more popular after starring in K.C. Undercover and played a character as Katy Cooper, which also made her receive various awards and nominations.

She came back as a singer in 2016, where she released a collaboration single with Chris Brown, Something New.

In 2019, Zendaya was popular with her image as “Rue Bennett” in the HBO teen series, Euphoria. Again, that character sent her a lot of awards and nominations from various events.

Apart from Euphoria, she later appeared again in big-screen movies, such as Malcolm & Marie (2021), Dune (2021), and also Spiderman: No Way Home.

And in 2022, she came back to the Euphoria series for its second season.

“I want to show that you don’t have to be older to live your dreams; you can do it at any age”

“I just see me, an ordinary girl. I know my life is not typical, but I have tried to stay really grounded and true to myself. My family really helps me with that.”

“My generation has the opportunity to change the world.”

“I was actually supposed to be a basketball player, not an actress. My parents had me playing basketball on competitive teams when I was in kindergarten. Even though my heart belongs to the arts, I’m a tomboy at heart, too.”

“A, surround yourself by positive people who will help you reach your goal and support you. And B, go for it!”

“The secret to a really great friendship is just creating fun memories whenever you’re with that person.”

“I don’t mind if people look at me like I’m crazy. I’m just being me.”

“I love to entertain and make people laugh.”

“I try to be nice to everyone, because I have no clue what’s going on in their world.”

“I have standards I don’t plan on lowering for anybody… including myself.”

“It’s important to know when to take your time and not overspend and overdo things.”

“I love hearing educated people speak and just shut everyone up… knowledge is always the loudest voice.”

“I’m one of those people who doesn’t follow trends. I set them.”

“I believe you should wear whatever you feel confident in.”

“It’s so hard for women to be happy for one another, like genuinely happy. Once you find that, you know you’ve found true self-happiness.”

“The best thing is to realize that you are who you are and you gotta work with what you got.”

“I like to find things in real life that let me get involved. Or if you need a break, go hang out with your family.”

“I think we are in a time where the youth play such a huge role. It’s up to us to go the extra mile to vote and raise our voices.”

“Determination. No matter what field you’re in, determination will surely get you to the top.”

“I would say my best decision I ever made was to pursue my dream and give it my all. Thankfully, I have not yet made really bad decisions, I’m the kind of person to play it on the safe side.”

“If you don’t try things and take risks, you don’t really grow and figure out what you want.”

“I think women are very powerful and I think we’re more powerful together than separated.”

“I use my platform for more than just myself. Art is a reflection of human emotions. To neglect the political is to neglect what essentially is your job of storytelling. I would rather be known for the content of my character than for the project that I did.”

“I’ve always dressed myself, even when I was younger. My parents didn’t pick out my clothes or anything. They let me do that, which I think is an important thing because it allows for kids to experiment and figure out what they like, even at a young age.”

“There are so many great things in life; why dwell on negativity?”

“I like to [unplug] and enjoy being a human.”

“I have a really strong passion for what I do. I don’t see myself doing anything else.”

“Money does not make you look expensive, it’s taste.”

“With anything, you have to approach from an educational, mature standpoint.”

“I’ve always been transparent in who I am as a person.”

“You have to experiment and that’s gonna help your confidence so much when you step out and try things.”

“I think my goal is not even with celebrities. I love celebrities, but my goal is to walk down the street and just see people wearing my stuff – that is the goal!”

“If I want to do something powerful or special, then I contact people I think are smart, educated, inspiring and I’ll say, “What are you doing? How can I help?”

“You can’t grow and gain confidence from wearing the same thing every day.”

“I was very inspired by working women, and also women who aren’t working yet!”

Zendaya is such a powerful performer. She is funny, humble, and always spreads fun everywhere she goes. Such a good role model, isn’t she?