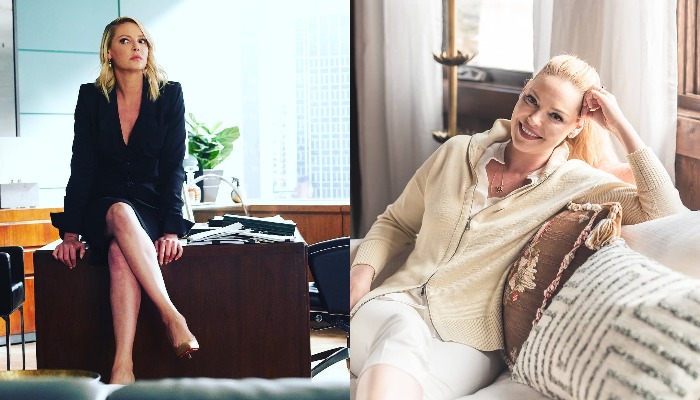 It has been long time not to see Katherine Heigl in television. Her film, Grey’s Anatomy is a huge drama that she played until she stop from her career to focus on children.

Now, She play again in new project Firefly Lane, which released on February 3, 2021 .

Firefly Lane is a story about a friendship of Kate (Sarah Chalke) and Tully (Katherine Heigl).

They have a dream to be a successful journalist. As they grow-up, Kate works as an editor while Tully has a great job as presenter.

However, Kate feels envy with the achievement of Tully and feeling under pressure about her divorce.

Since this drama is a comeback film of Katherine, it takes a huge attention of people who want to see a new and  fresh acting skill of Katherine Heigl.

Beside, she has many achievements before she decided to stop from her career. Therefore, here are 10 achievements of Katherine that we summarize for you.

1. Katherine Heigl is a former child actress and model. People began to recognize her in Grey’s Anatomy drama

2. She won Made For TV Film at CAMIE Award for Love Comes Softly film in 2003

4. In 2007, Katherine Heigl won the nomination of Outstanding Supporting Actress in a Drama Series at Emmy Award

5. She got Superstar of Tomorrow nomination at Young Hollywood Award in 2007

10. The last in 2012, she won Actress Most in Need of a New Agent from One for the Money film at Alliance For Women Jurnalist

Read more: Decide To Get A Divorce, 9 Timeline of Adele And Simon Konecki’s Relationship

Katherine Heigl has a lot of achievements from her work. She is also a great actress who put all of her effort into her job. Don’t forget to watch her latest drama Firefly Lane!