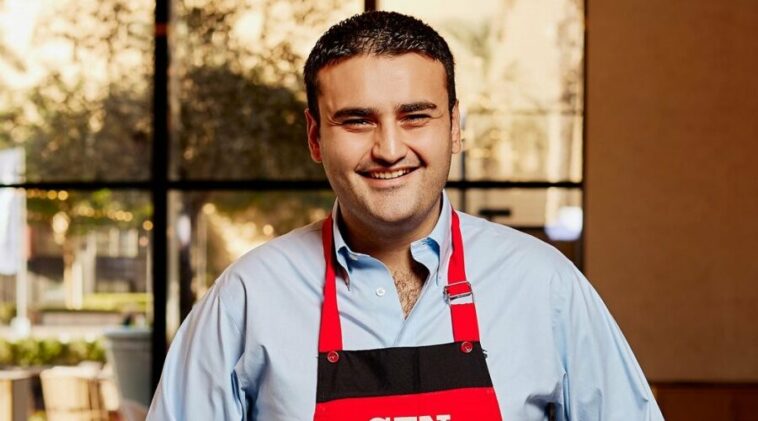 CZN Burak, who has the real name Burak Özdemir, is a Turkish chef, restaurateur, YouTube star, and TikTok star.

His first video reuploaded by 9gags went viral and made him famous.

CZN Burak decided to become a culinary influencer when he noticed a significant shortage of culinary content on social media platforms.

So, he began sharing videos of his cooking. His videos quickly became hits in several countries, making him an international culinary star.

His career took off after he made his first viral video about cooking the 40-inch kebab. In one of his most popular videos, he even cooked and roasted an entire ostrich.

In addition, he is also known for his unique way of creating videos as he always looks at the camera without even looking at what he is cooking.

Besides being a culinary star, he is also a restaurateur. He is the owner of the Hatay Civilizations Table restaurant chain in Turkey.

He has opened several branches of his culinary brand in Turkey, following in the footsteps of his father, who was also a chef and a restaurateur.

It is not known if he has a girlfriend or not. There was not much information about his previous relationship as well.

CZN Burak’s net worth is around $11.2 million. His main source of net worth comes from his business.

But, YouTube also made a lot of money for him.

According to Socialblade, he could gather around $35.7K to $570.7K per month from his YouTube channel.

“Love is the greatest bond.”

“The most beautiful garden is love.”

“Things always don’t go as per plan. But smile must stay on.”

CZN Burak is known for his knack for cooking XXL-sized dishes. For his extremely skillful hands, he has been gathering a lot of fans from all around the world.