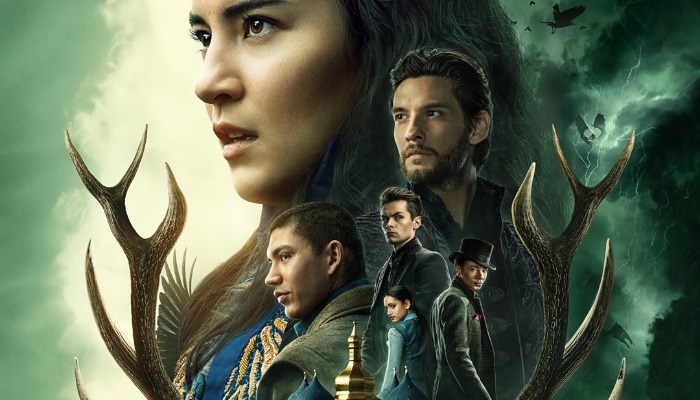 Shadow and Bone is television series, which is adapted from Leigh Bardugo’s novel entitled Grishaverse.

This series becomes very famous since the novel is well known at the very beginning.

Then, after the story of Game Of The Throne ended, this series seems to take the same popularity in the society.

This story tells about Alina Starkov who has a special power as Grisha, a person with extraordinary power to call out a light.

With her power, she could make her war-torn country be free and make a peace to the world.

There is also a romance story in this series. Here, look up 10 cast of the Shadow and Bone television series below.

The first cast of cast of the Shadow and Bone is Inej Ghafa. She is an expert thief whom the character is taken from the book Six of Crows.

This character is played by Amita Suman. She was born on July 19, 1997 in Nepal. However, she moved to England when she was 7 years old. Moreover, her latest project was The Outpost in 2019.

Archie Renaux plays as Malyen Orstev, who has character as a friend and potential lover of the main cast.

He is actually an actor as well as a great model. Then, in 2020, he explained that he had a child with his girlfriend on Instagram. Moreover, his upcoming film is Morbius, where he plays as Bobby.

Ben Barnes plays as the main cast in this series. He acts as General Kirigan, the commander of the Second Army.

Ben Barnes is one of actor who has a very bright career. People know him from the movie as Prince Caspian in The Chronicles of Narnia.

Freddy Carter also plays as one of three thieves in this series, who has name Kaz.

He played the role of Ferdinand in Great Yarmouth Hippodrome at Norfolk and Norwich Festival for The Tempest play in 2016. In 2017, he was also directed and wrote his first short movie No. 89.

Howard Charles acts as Arken Visser, a conductor who helps people across the fold.

He is British actor, who firstly appeared in television in 2008 from a film Beautiful People. Charles becomes well known from TV program The Musketeers in 2014.

Jessie Mei Li is the main character in this series. She plays as Alina Starkov, an orphanage who always gets a bullying from others.

One day, she releaed that she has a special power as a Grisha, which can make a peace upon the war world. Since that time, she always tries to improve her skill to help the world.

Mei Li is British-Chinese person, who was born on August 27, 1995. Moreover, she also will play in her upcoming film Last Night in Soho, which should be listed also in your note.

Julian Kostov as Fedyor Kaminsky is the person who will train Aliana to be a Grisha. He also helps her to come to the little palace at the first time.

Julian is not only an actor, but also film maker and professional swimmer. His two upcoming movies are Search and Destroy as Marcus Cooper and The Last Front.

Kit Young, a handsome man who plays in Endeavour, will plays as Jasper Fahey in this series. Jasper is aliance of Kaz, a expert thief.

He also won Reumert Prize in 2016 and Digital Fiction Festival in 2019.

She plays as Zoya Nazyalensky, a sualler who is very loyal to General Kirigan.

She is a young actress who was born in February 2, 2002. She firstly appeared in drama Doctors, after she graduated.

Shadow and Bone will make you want to watch it over and over. How is Alina will face the world, you have to watch it in Netflix. Happy watching!