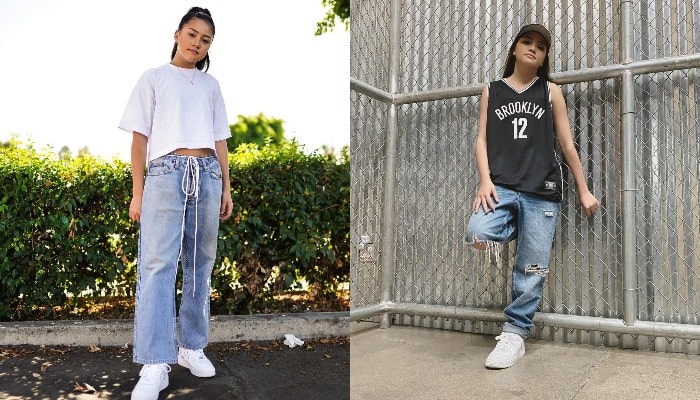 A cool teenager, Kea Peahu is American dancer and actress. She will play for upcoming film Finding Ohana, which is directed by Jude Weng.

It tells about the adventure of kids to find a heritage in Hawaii, when they spend summer time in O’ahu.

She will play with other amazing cast, such as Alex Aiono, Jonathan Ke Quan, Owen Vaccaro, Kelly Hu and Branscombe Richmon. Let’s see how cool Kea Peahu is when she dresses up.

1. Kea Peahu is well known as a talented dancer since she was 4 years old

3. She ever performed in Ellen DeGeneres show in 2016. Her dance skill is wonderful

4. Kea joined hip-hop group under the name The Lab

5. She went viral in 2015, when she made a collaboration with Matt Steffanina

6. She ever played in one episode of Bizaardvark in 2016

7. She has a long and black hair. Her mother’s name id Sanoi Peahu

8. Kea Peahu loves wearing a simple and cool outfits. She is a sneaker lover

10. She really loves Roy Orbison, a singer and song writer from America

Read more: Revival, Here Are 4 Main Characters Playing in ‘Sex and The City’

What do you think about her styles? She always looks so cool in every outfit. Don’t forget to watch her latest film Finding Ohana in Netflix on 29 January 2021!