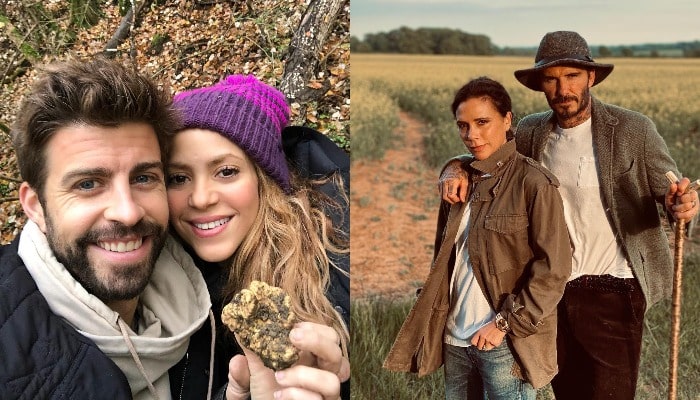 Having a long relationship with your partner is the thing that all lovers want to have. They are falling in love with each other from days to days.

Then, as the time goes by their love stories begin to infected fans who really wants to have the same destiny as theirs.

Many people think that their stories should be the real definition of a happy life ever after.

Here are 10 celebrities who have the longest relationship in marriage. Let’s learn from them on how they manage the marriage life.

David Beckham married to Victoria in 1999. They first met in a soccer game and it was love at the first sight according to Victoria.

They have four lovely children from their marriage. Now, they have been in relationship for 21 years.

Sarah Parker and Matthew Broderick have been married for 23 years or about a quarter century.

In one interview, Broderick was being asked about the secret of his marriage life. He said that he tries to keep the communication and be friend with his wife.

Shakira and Gerard Pique decide not to get married, but stay as a couple. They almost spend 11 years together since 2010.

In her Instagram, a singer Pink tells about how blessing she is in relationship with her husband for 15 years.

They have two kids, a daughter and son. It is so happy to see them together and loving each other.

Oprah Winfrey has a long time relationship with Stedman Graham. However, they decide not to get married.

Their first meeting was at a charity event in 1986. Moreover, they have been in a relationship for more than 30 years.

Read more: These 9 Celebrities are Ageless in Their 40s

The couple Viola Davis and Julius Tennon got married in 2003. They met in an episode of City of Angles.

They have been married for 17 years, but they look so happy as their marriage at the first time.

Hugh Jackman has decided to marry Debbora Lee Furness since 1996. Then. They got two lovely children from their marriage.

Jackman made a special birthday party together with his wife, which he posted in his Instagram account. They look so happy on celebrating this moment.

Now, they have been together for about 20 years and still counting. Even they are 25 years apart, they love each other so much.

Blake lively met Ryan Reynolds in 2011 on Green Lantern film. Then, in 2012 they decided to get married.

They always share their moment in social media, which make fans believe that they are the best couple ever. They have 3 kids from their marriage.

Anna Kournikova and Enrique Iglesias knew each other since 2001. It takes about 19 years or almost two decades for them to have a lovely family like them.

Furthermore, they have 3 adorable kids whom make their family happier than before.

Those 10 celebrities have a long relationship with their wives and husbands. We should learn from them about how to manage their relationships in order to get family life like them.

Keep the communication and loving to your partner will be two main points for a happy family.