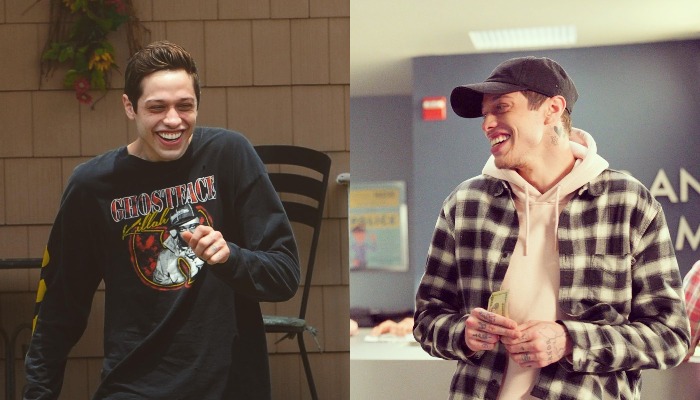 An actress who plays in Bridgeton, Phoebe Dynevor apparently is dating a handsome actor Pete Davidson.

Their dating rumor has begun since February, when they seemed to spend time together in New York.

Moreover, this awesome man ever engaged with Ariana Grande, but ended on October 2018.

He also confirmed that he is in a relationship with a celebrity crush, whom he did not mention the name was.

Then, here 10 facts about Pete Davidson, an actor and Phoebe Dynevor’ boyfriend.

1. Pete Davison is an actor, writer, comedian, and producer. He got a lot of talents

2. His father is a real hero who worked as a firefighter. He died during his service at 9/11 incident

3. He said that due to the loss of his father, he got a trauma. He even wanted to end his life

4. Then, he decided to choose a career as a comedian. His first stand-up was when he was 16 years old

5. He got a lot of relationships before dating Phoebe. He was dating Carly Aquilino, Cazzie David, Ariana Grande as well as Kate Beckinsale and Margaret Qualley

6. In 2013, he appeared in television series Brooklyn Nine-Nine. He acted as Steven

7. Meanwhile, his first film was in 2014 entitled School Dance as Stinkfinger

9. His latest project is an upcoming hero film, The Suicide Squad. He will play as Richard Hertz or Blackguard

10. He also will play as legendary musician, Joey Ramone, in Netflix film  I Slept With Joey Ramone

Read more: These Are 10 Glamour Styles of Brenda Song, Becoming A Mother

Congratulation for Pete Davidson and Phoebe Dynevor. We hope that their relationship will always happy and full of love.