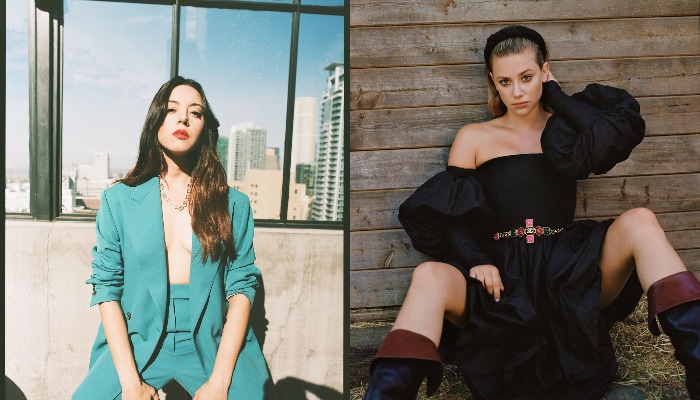 It is not easy to share the world about the thing that happens to you, especially when you are a public figure.

However, these 10 Hollywood stars confidently share of the public about their bisexuality without feeling hesitates.

Then, we will look who are they and what do they speak about it.

Read more: 10 Moments of Celebrities With Their Pets

Tessa in one interview to confirm about her sexual preference that she loves to have relationship with man and woman.

She is also close to Janelle Monáe, however, there is not further information, whether both are dating or not.

Tayla Prax shares that how the struggle she has face as bisexual. She engaged to Shirlene Quigley  which she shares in her Instagram on January 15, 2021.

A beautiful actress, Megan Fox revealed to public that she is a bisexual. However, she told that she is not a lesbian, but attracted to both genders.

Lee Pace told that he already dated men and women. It confirms the fact that he is a bisexual. Therefore, he explained that he confidently shared the information to the public as he was.

A partner of Tessa Thompson, Janelle Monae is a pansexual. Pansexual happens when someone attracted to all gender preferences.

Aubrey Plaza told that she is a bisexual woman. She attracted to girls and boys at the same time. But, who will say no to this beautiful and gorgeous woman like her?

Anna Paquin was a bisexual as she shared with the world she loved a man and a woman. Then, she decided to marry Stephen Mayor as her one and only husband.

Alia Shawkat is another bisexual celebrity. Many information reported that she has a relationship with an actor Brad Pitt for 1 year. Alia, also explained that she is a tomboy girl.

Those all the information related to bisexual celebrities. They explain and open about their sexual preferences to the public, which we should appreciate about it. For you, how is your reaction about their statements?