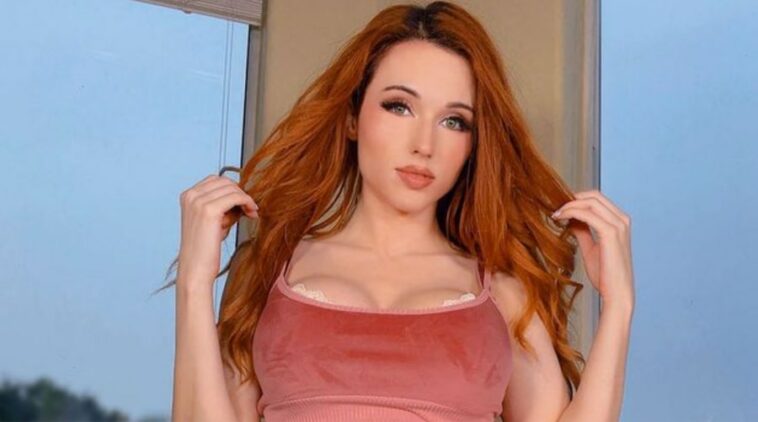 In this case, she became famous since 2016 because of her magnificent content in costume- especially as a cosplayer. With this in mind, she has massive followers worldwide through her social media.

Amouranth started her career in cosplay on social media because she was inspired by her college major and interest in costumes.

In 2010, she majored in Fashion Design & Theatrical Costume Design. Then, she received a recommendation from her professor as a costume designer for the Houston Grand Opera and Houston Ballet.

For these reasons, she started a personal character company for children’s entertainment.

In 2016, she got an offer from streaming company Twitch to join in creating content in costume making live streams.

With this in mind, the audience responded well to Amouranth content. As it is, she also does a lot of content about adult content through her platform.

Not only that, but she also created other social media Instagram, TikTok, and Twitter, to pursue her career as a big star.

Surprisingly, she also focused on the business world by buying a gas station she rented to Circle K via Twitter 2021.

The following year, she grew the business by buying an inflatable pool play company.

Moreover, she also started a company that matches personal assistants with content creators.

Amouranth had a special relationship with her ex-husband Nick Lee in 2016. She met Nick in Los Angeles for the first time.

However, she gets inappropriate treatment from her husband for controlling finances and threatening to kill her pet if she doesn’t comply with his requests.

From this incident, she sought legal advice to regain access to finance and leave her husband behind.

As a famous streamer, she is famously related to Matt Barr. But there is no significant information regarding the two datings.

In January 2022, she announced that she had bought an inflatable pool toy company via her stream. In this case, she never veered against rumors about Matt Barr being her boyfriend.

Therefore, the relationship between the two is close is a rumour on the internet that has attracted much public attention.

Amouranth’s net worth is estimated to be $4 million. Her wealth is earned from several jobs such as Twitch streamer, YouTube star, OnlyFans star, and cosplayer.

She has earned a high income since she started making OnlyFans. In this case, Amouranth has confirmed via a Twitter post that she reaches $1.4-1.5 Million USD per month from her main OnlyFans.

This amount has not been the total from merchandise sales, advertising revenue from free OnlyFans, Twitch, or other broadcasts, or its Patreon earnings.

“Asking if someone has an OnlyFans says more about the asker than the askee.”

“I makе money all day, bought a new pony, hurray Farming coomers onlinе to buy a ranch in real life.”

“Most people don’t want advice that will help them succeed. Because taking those actions and making those changes is difficult, hard and painful. They want to commiserate with other people who are also failing.”

“Livin’ rent free inside your head since I began. You say you’re a hater but you sound like a fan. You talk about me so much, just change your name to Stan. Keep running your mouth, I think my Google trend is up again.”

“Social media is literally the town square/public forum today. It would be like a big company bought all of the publicly available space for discourse or gathering, then governed speech upon that space as they saw fit.”

All in all, Amouranth is a successful star who pursues her career through online and social media. Not only that, but she is also focused on developing her business.