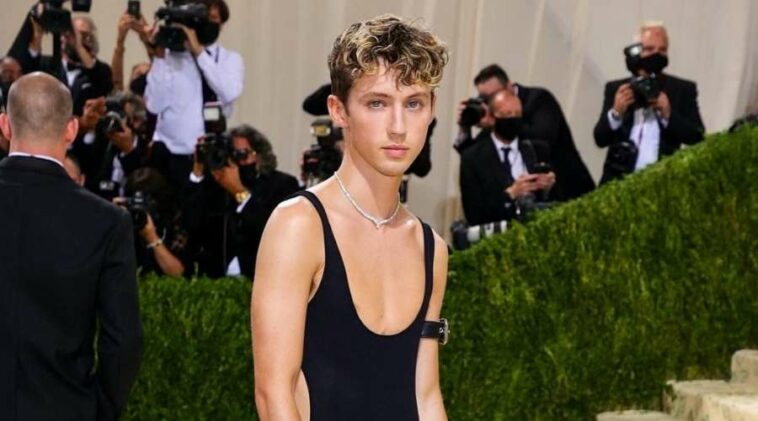 Have you ever heard of the modern slang term ‘femboy’ in your daily life? This term is pretty well-used on some social media platforms, such as TikTok, Instagram, and even Pinterest these days.

Whatever opinions that people may have on this term, let’s just deep dive into what is the real definition and characteristics of a femboy.

Read also: What is IB? Meaning and Origin

The definition of femboy itself is actually simple. In modern life, femboy is described as a young man who loves to express themselves in a feminine way.

Those feminine characteristics that can be displayed by this kind of person are wearing skirts, dresses, or doing some feminine activities.

The ‘femboy’ term itself is actually a portmanteau of ‘feminine’ and ‘boy’.

This term can also be called Rosboy, Girlyboy, Tomgirl, Otokonoko, and even a unique name of Calicogirl.

In ancient culture, femboy is known by the term ‘effeminacy’, which is the traits embodiment of a man who is associated with feminine touches in his life, starting from his style, gender roles, behavior, to his mannerism.

These days, this term is used widespread on the Internet, especially on TikTok, with the revival of TikTok trends, “Femboy Friday”.

Actually, some historians have already recorded the appearance of this term thousand years ago, so long before TikTok was invented.

Historians said that in ancient culture, there was a term ‘effeminacy’ to describe a feminine man. This term is used in Ancient Rome and Greece culture.

The revival of this topic then began in the 1990s and the term changed to ‘femboy’ to describe men who represent femininity in their daily life.

In early 2000, the first online community that was dedicated to this culture was established, and since then, this term has risen in popularity.

The majority of people assume that femboys are LBTQ+. When in fact, there is no such valid way to emphasize that one of the requirements to be a femboy is gay.

Everybody from different backgrounds, cultures, lifestyles, and sexual orientation can form themselves as a femboy as long as they represent femininity in themselves.

Usually, femboy loves to wear feminine colors, such as the color palette and hues of pink, purple, or some pastel colors.

For their fashion, they for sure love to wear skirts, dresses, thighs, boots that are dedicated for women, and even heels.

But in terms of makeup and hair-do, not all femboys love to make it pop up or bold. Sometimes, they prefer to have a ‘no-makeup makeup look’.

Read also: What is OOMF? Meaning and Origin

Every modern term that is used in modern life is not always negative to use, including femboy.

Whatever the term is, respecting others’ beliefs and values is so much more important than blind judgment towards people.