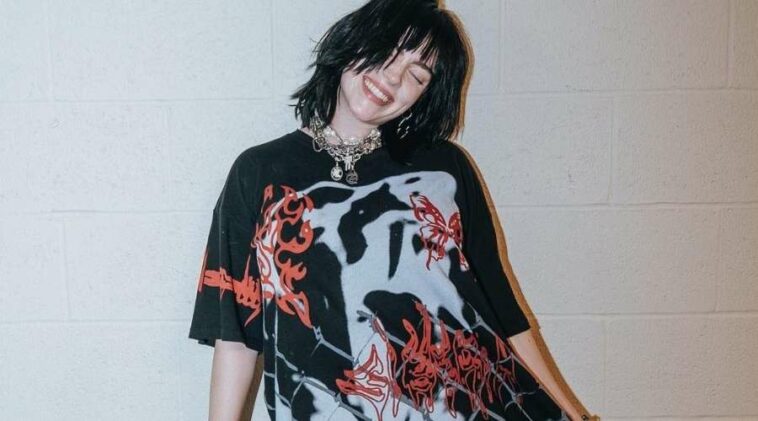 The rising popularity of the E-Girl aesthetic is unavoidable, especially when the viral social media platform, TikTok, becomes a new favorite for Generation Z.

Recently, there has been a lot of variety in this aesthetic. Not only on social media platforms, but we can also see it in real life.

Many young generations love this trend because it is so fun, and stylish, and reminds them of the joyful side when using the Internet.

Read also: What is Femboy? Meaning and Origin

The term ‘E-Girl’ is actually derived from the electronic girl, which is also used for the opposite gender ‘E-Boy’.

E-Girl and E-Boy are known as electronic kids, which represent a subculture of the young generation in the recent years from the late 2010s.

This aesthetic is also described as the evolution aesthetic of the combination of emo, gothic, K-Pop style, and Japanese street styles, such as kawaii, cosplay, lolita, and anime.

On social media platforms, usually, the content that they make tends to be flirtatious and fun, to show their joyful side of them.

E-Girls are considered cute girls, but actually, this aesthetic is not really gender-specific, except for the fashion items.

The appearance of this term was established during the rising period of the Internet, especially in the late-2000s.

In this era, there was an online topic that objects pejorative against girls that were considered to seek any male attention on social media platforms.

Initially, the first characteristic and term of E-Girl were found on Tumblr which was described as the combination of the culture of emo and scene.

Starting from there, some modern culture researchers traced the origins of the E-Girl aesthetic, such as Ruby Barry of Heatworld, Kayla Marci of Edited, and even i-D magazine.

The popularity of this aesthetic was also popularized by the pop-rock Canadian singer, Avril Lavigne, who loves to show herself in an alternative fashion.

The characteristic of an E-Girl is mainly inspired by a lot of subcultures, street style, and alternative fashion trends.

From the perspective of Dazed magazine, the E-Girl aesthetic can be described as the girls who are bondage, but also a little bit baby.

Usually, girls who love this aesthetic also dye their hair to be neon-colors, such as neon pink, neon blue, or even neon green.

In terms of makeup, E-Girl tends to decorate their face with heavy makeup, particularly pink blush, winged eyeliner, and fake freckles on their nose and cheeks to imitate anime characters.

E-Girl in the Recent Years

In recent years, the revival of the E-Girl aesthetic began in 2018 after the release of the TikTok social media platform.

Not only that, after the increased interest of K-Pop groups, such as GOT7, BTS, EXO, DAY6, and many more, this trend becomes madly popular.

On the TikTok platform, there are a lot of trends that show the creators to transform themselves to be an E-Girl.

Read also: What is IB? Meaning and Origin

E-Girl is one of the most impressive aesthetics in modern culture and it’s understandable if there are so many people who love it.

This aesthetic is fun, and amazing, and can help you express yourself through the fun of art, fashion, music, and makeup.