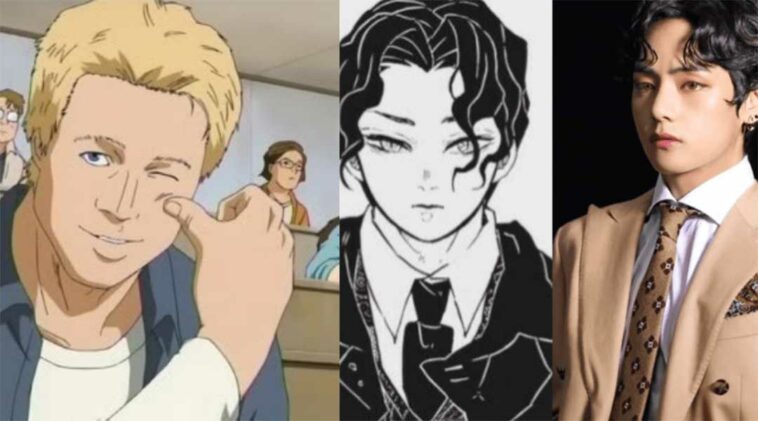 Anime characters with colored hair, edgy hair cut, and eccentric fashion style is often being duplicated in the real world and we call it cosplay.

Cosplayer make fandom world more expressive. When you are not just adoring the anime character but you copy their style until look like a twins even more extra.

But now, with technology artificial intelegence, we can imagine how if anime become a real character.

Not just cosplay, anime character also inspired by real character. One piece is an anime that have most real life inspired character.

From a real actor from a legend musician and it’s not only an Asian face, there are also western character that being adapted into anime.

But, when their image juxtaposed, they look like doppelganger to one another. If you want to look closer, there are 10 anime characters that exist on the real life.

Read also: 10 Kinds of Job for Mom with Flexible Time

2. Gordon Agrippa one of the character in “Black Clover” is inspired by the real life legend Marilyn Manson

3. Famiiar with that pony hair and the kung fu style that Rock Lee has in Naruto? If yes, it because Rock Lee just remind us with bruce lee

4. One of the character form Cowboy Bebop movie just remind us with Mr. Danny Ocean a.k.a George Clooney

5. Jango is one of the character from ”One Piece”. He is a former captaint form Black Cat Pirates. This character is inspired by Steven Tyler, Aerosmith’s vocalist

6. Those slick hair and moustache remember us with the legendary Freddie Mercury

7. Wait, what?! Is that the sampe person? Are they a twins? No, they are not! Taemin of SHINee just look like Raisel from Katekyo Hitman Reborn

8. Brad Kidd, one of the character from Yakikate Japan with blondie hair and that specific smile, remind us with one of the holywood darling, Brad pitt

10. V BTS can incarnate with so many anime character. One of them is Muzan from Demon Slayer

Read also: 10 Ideas For Halloween Gift, Simple But Out of The Box

Which one do you think is doppelganger the most?