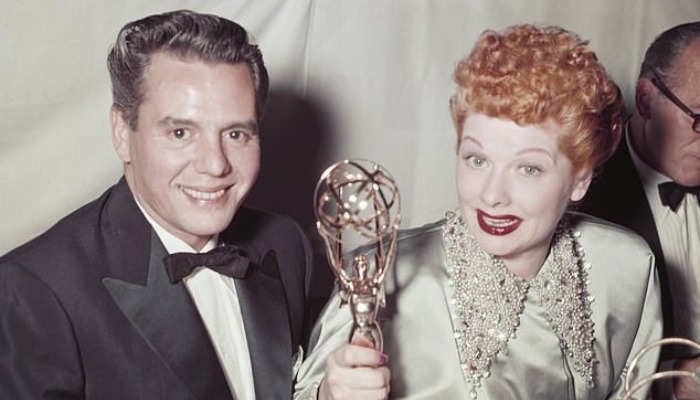 An upcoming film from a beautiful actress, Nicole Kidman is still on the process of production.

Since the production of this story is under Amazon Studios, they have already informed that the process of taking pictures for production has been done since last March.

The producer of this movie, Lucie Arnaz explained that the story is taken from her mother and her dad.

This will be played by Nicole Kidman as Lucille Ball and Javier Bardem as Desi Arnaz. Both will play as a wife and husband.

Since Nicole has a good reputation from all of her films and series, this upcoming film should be one of your must watch film.

Therefore, we will look up 10 best films that are played by Nicole Kidman. Check them out!

Read more: So Scary! 9 Horror Movies That Will Haunt Your Life

The Prom is a musical comedy film about Broadway actresses and actors in helping a student to attend the prom with his girlfriend.

They do it to improve their reputation in public. However, instead of searching a good impact for their action, their lives begin to change as well.

We learn that a good thing happens from the good action from it.

The Others is a real horror masterpiece. If you are looking for plot twist movie that is full of unexpected facts, you should watch it.

This movie released in 2001 that tells a small family, a mother, Grace, and two of her children Anne and Nicholas, while her husband goes to a war and never come back to their lives.

There are also three other characters who play as servants in this story.

A story of a famous director, Guido Contini, to gain his life is depicted in film Nine which released in 2009.

He has to make an extraordinary film, which makes him exhausted with a lot of pressure from reporters.

Guido has married to his wife, but having a special relationship with other women including Nicole Kidman as Claudia.

Talking about his stress, he goes for help to a doctor as well as pastor, but still feels lost.

Then, after a long conversation and support from his friend, Lili, Guido can make his life back. Therefore, he makes a new film about his journey which names Nine.

A movie Moulin Rouge! tells a love story between Satine, a courtesan who is very beautiful and loved by many people, and Christian.

Christian is only a poor writer. Even, Satine who is played by Nicole Kidman wants a luxury life, but she has a true feeling for Christian.

Their love story will get conflict with The Duke of Monroth who also loves her.

Then, if you want to watch a romantic movie that tells you about a true love, you have to watch Moulin Rouge! All You Need Is Love.

This movie is a biographical story of Diane Arbus, a professional photographer.

Before she turns into a photographer, she is only a housewife of Allan Arbus who has the same of her latest job, a photographer. She usually helps her husband at his job.

One day she tries to take a photo a mysterious man who lives in the same apartment with her. Then, the thing turns into a love between them and affair.

Her husband and Diane decide to divorce and start their lives separately. This moment makes her to begin her career as a professional photographer.

This lady died at 48 years old, due to a suicide. A young age for a very talented and professional photographer that depicted in Fur: An Imaginary Portrait of Diane Arbus movie.

Dogville is a  small city in United States, which is very strange. When a girl called Grace asking for help to their place, they accept her at the first, but then force her more than she can accept.

Some people said that this movie is a satire and critic for America, which acts to manipulate people.

This movie won many awards such as Bodil Award, Cannes Film Festival, Cinema Brazil Grand Prize and many more.

Destroyer is a great movie, which won many awards, like Nevada Film Critics Society, ReFrame, as well as Woman Film Critics Circle Award.

The story tells about a detective who works again with her team to create a peace. Nicole Kidman looks awesome in this movie that you must watch!

Boy Erased  is written by Joel Edgerton, which tells about a young man who gets force to join a program of conversation that supported by cruch.

Since he is a son of pastor, his family ask him to follow the program or they will leave him alone.

It is also true story which people said as unforgettable moment. From this film, they win 11 awards and 50 nominations at that time.

You should be familiar with this movie, Aquaman. This movie released in December 21, 2018.

This movie brings the name of Jason Mmoa to be well known. Nicole Kidman as Atlanna plays as well with a beautiful lady Ambeard Heard. They win about 2 awards and 39 nominations from it.

Bewithed 2005 is a remake of sitcom Bewiched in 1960s. It tells about a witchwho wants to be an actress.

Then, she meets Jack Wyatt, an actor who later plays with her. There are a lot of funny stories inside this movie that will make you laugh during your day, which is very recommended.

So, those all 10 great movies from Nicole Kidman that you have to watch. Don’t forget to always read the latest information for her new film, which is one of her new masterpiece film too!