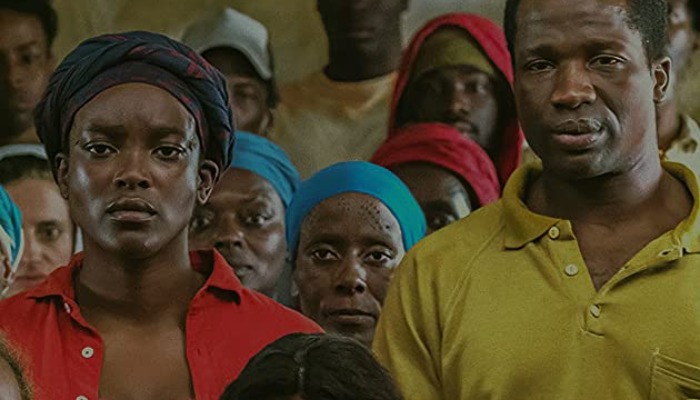 You want to know how brave you are? Then, you should watch some horror movies to give and bump your adrenaline.

A scary movie will always give us a dopamine and adrenaline at the same time. Therefore, you get to love watching it more and more.

However, many people who are actually afraid of spooky things are the ones who love watching this kind of movie.

Now, we already summarized 9 best horror movies for you that will haunt your day after you have watched them. Let’s check them out!

The Invisible Man is a horror movie which released on February 28, 2020 in United States. It is taken from a novel from H.G Wells under the same name.

Moreover, this movie is a Sci-horror genre which tells about a woman called Cecilia Kass. She tries her best to get out from her abusive boyfriend, Adrian Griffin.

Then, after leaving the house, Adrian was found dead in his house and suddenly everything went crazy. This story is full of unpredictable facts. So don’t forget to watch it in your spare time!

Have you thought about our reflection in the mirror? Whether it is just a real reflection of ourselves or it could be someone else who will attack us at a certain point of time.

If you do, you probably love the story of Us which directed by Jordan Peele. This story focuses on Wilsons family that gets terror for their doppelgängers.

How they will fight for their lives should you watch full story on Netflix.

3. The Woman In Black

This story had published in February 10, 2012. Even though, The Woman In Black released 9 years ago, this movie is still worth to watch.

Our Harry Potter, Daniel Radcliff takes a part in this movie. Daniel plays as Arthur, a lawyer who has a duty to take care about the document for selling a house in El Marsh.

In that house, Daniel got a lot of suspicious and supernatural thing as he met  ‘Woman In Black’.

He tried to answer the question of why the ghost always haunted the children in that village. Therefore, when he found out the fact, he must make a risk action.

Processor Uncut focuses on a life of Tasya Von, a person who can control a mind of someone through inserting a special machine.

She has to kill a person to get out of his body. However, she got a trouble when she took a mind of Christoper Abbott, a person who knows that someone is controlling him.

Then, he tries against the control, but makes Von’s husband as a prisoner.

Moreover, Jennifer Jason and Sean Bean play in this movie. Please take a note and be careful since this movie has a violence content and full of bloody scenes.

Relic tells about a dementia woman called Edna. One day, her daughter got the information that Edna lost from her house.

Then Kay, her daughter and Sam were looking for her. After some time, Edna got back to her home, but she got bruises in her chest.

Since then, Edna always talks to herself and Sam realizes there is something inside her instead of her dementia which her condition as how it is. You can watch it in the Amazon Prime video.

Read more: To All The Boys: Always and Forever, A Long Distance Relationship

Mortuary Collection is an anthology stories from Mortuary Dark related to how are the stories of the corpse dead.

He wants to retire from his life and tells the stories to Sam, a girl who wants to apply for the job. There will be some stories which teach us great moral values.

Moreover, a great actor like Clancy Brown acts as Mortuary Dark, a voice over of Spongebob Squarepants and The Penguins Of Madagaskar.

This movie is one of the scariest movie that you should watch. It tells about the terror story of La Llorona for every child, since the ghost thinks they were her children. It did a suicide after its child was dead in its hand.

Many people think this story is attractive due to the a great acting skill of all actors and amazing story. Therefore, don’t forget to put this movie on your list.

The Host is a horror movie directed by Rob Savage, which published in July 30, 2020. It was inspired by our lockdown condition.

Then, it started from a condition of 6 friends who want to call a ghost through an online Zoom application. At the first time, everything seems to run well, however, it changes to be creepy.

This movie gets a full score from an online critics consensus. Therefore, you have to watch it!

His House is not only a horror story, but also a humanity of Sudan people to get their human rights in the county which will accept them later.

The two refugees, Bol and Rial have to deal with the ghost’ haunting.