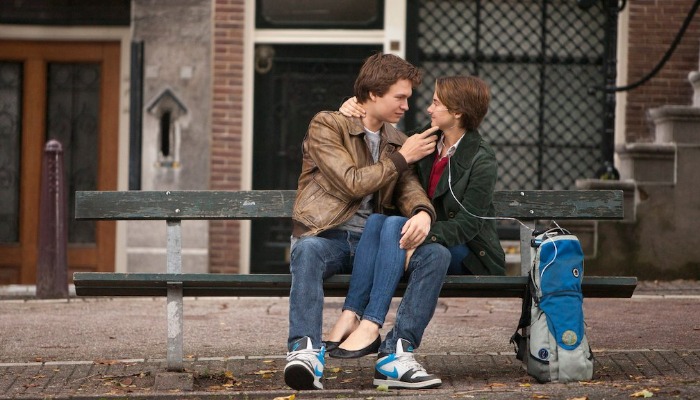 February is identical for loving and caring. This month has a special day, which we call Valentine day.

Therefore, some people will give special gift for their special person or ask them to watch romantic movies together.

A romance movie makes an intimate relationship with your partner, since it gives you a happy  and inseparability feeling as you watch it.

Then, here are 10 romantic movies for you as reference to watch with your girlfriend and boyfriend during a valentine day.

Read more: To All The Boys: Always and Forever, A Long Distance Relationship

Pride and Prejudice is a love story from two social classes in England during  the 18th century. It is taken from Jane Austen’s novel, one of the best seller romantic novel.

The story does not only focus on Elizabeth and Darcy as the main characters, but also her 4 sisters. This movie will make you want to watch it more than one time.

2. The Fault in Our Stars

This movie is also novel adaptation from John Green. Shailene Woodley and Ansel Elgort work together in this movie which creates a special love chemistry.

It tells about a girl and a boy who has cancer. Almost hopeless with their condition, they start to encourage each other to face their lives.

This movie has a good moral value and got an award for Favorite Movie at Kid’s Choice Award Argentine.

Blue Valentine has a very complicated story. It begins from a relationship between Cindy, a medical student with her boyfriend until she got pregnant.

Then, Cindy decides to end the relationship and having a new dating life with Dean. When, Cindy knows about her pregnancy, she tells Dean that he is not the father of her baby.

However, Dean accepts it and wanting to keep it. The story is full of up and down problems since their decide to get married. You should watch it, to know how their relationship will end.

4. Beauty and The Beast

You probably know this movie since you were young. A beautiful actress, Emma Watson plays as Bella in this movie.

A fresh and beautiful story from Disney has depicted in The Beauty and The Best in 2017. It also won Movie at The Year at MTV Movie and TV Award.

About Time released in 2013. It is a romantic comedy film, which tells about time travel. His name is Tim Lake. He finds out that he has an ability to do time traveler which all men in his family have.

Instead of using it for fame or money, Tom decides to find his true love with it. Thus, he meets Mary. Through this film, they got about $88.5 millions.

Read more: The White Tiger, A Story of A Driver To Be Successful Businessman

Crazy Rich Asians tells about how the richest family in Asia’s lifestyle.It starts Rachel Chu, who needs to come to her boyfriend’s house to meet his parents.

Somehow, she just knows that his boyfriend, Nick Young is really rich. Instead of feeling down about their relationship, Rachel gives her best to stay and wins the heart of Nick Young’s families.

Therefore, you should watch this movie for a new perspective of life.

One Day is the most complicated love story all the time. Anna Hathaway as Emma Morley plays with Jim Sturgess as Dexter.

Before they actually in a relationship, both are dating with other people. Through up and down stories, they start to date one another.

You should watch it to find out how their relationship at the end.

Love, Guaranteed is a romantic comedy which tells about a man who accuse an online dating service where he tries to find his lover for 986 failure dates.

Nick hires a beautiful lawyer, Susan to win the court. However, both start falling in love. It released in September, 3rd 2020 on Netflix.

Both have cystic fibrosis disease which make them need to create a distance about six feet to reduce the distribution of the disease.

The Sun is also a Star should be the last recommendation of romantic movie which can make you falling in love.

It takes from a New York bestselling novel of Nicola Yoon. Thus, it got two nominations from Teen Choice Award.

From 10 romantic movies above,which movie you want to watch the most?