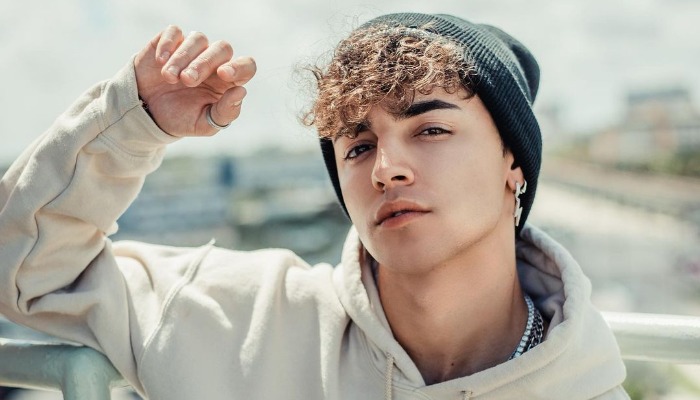 Samuel López got popularity escalated quickly since the first time he started being more serious on social media.

At that time, he had more than 200k followers, then expanded his social media career on the video-sharing platform.

In TikTok, Samuel posts dancing, lip-sync, and comedy videos. This internet personality frequently collaborates with his boyfriend Osstev and other friends. He also often features his fans on his TikTok account.

He created a YouTube channel with his own name, but haven’t uploaded any video. Along with his friend, Samuel developed an app for social media creators named Spur.

Throughout his career, Samuel has collaborated with other TikTok celebs, such as Ondreaz and Tony López, Victor Perez, and Juan Pablo Jaramillo.

1. Samuel poses with a skyscrapers background in New York City

2. He wears an all-black outfit

4. The white straight line gives him a stronger presence

Samuel López’s huge following is the result of work, effort, and dedication. He always connects with his community and makes them feel loved.