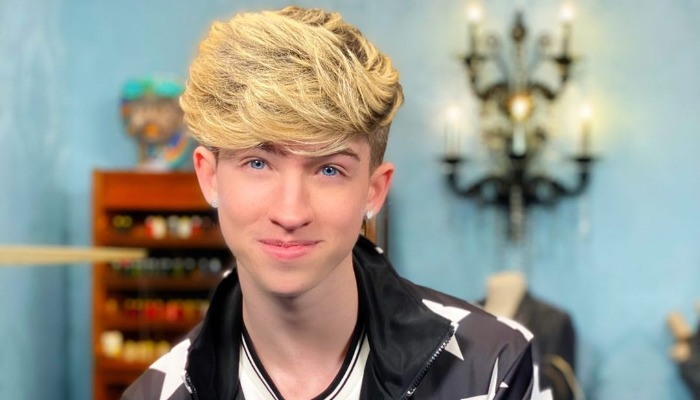 Cash Baker is an internet star and singer. His TikTok videos are known for their lip sync videos and fandubs.

He has been on the platform for years and gained more than 15 million fans on that video-sharing platform.

In TikTok, he often talks about his religion and sensitive topics on being Christian. He also makes cover songs of John Legend, Max Schneider, and Lil Peep.

He also often features his brother Maverick Baker in his videos. They also create a YouTube channel together called Cash & Maverick.

In 2018, they released a single called The Way You Move in November 2018. The lyrical music video on their YouTube channel got 1 million views within two weeks.

They continued producing singles, such as Whatever It Takes, Queen, and Good Thing.

In 2019, he was featured in Hollywire and Famous Birthdays, along with his brother.

Throughout his career, he has collaborated with several internet celebs, including Peyton Coffee, Stokes Twins, and Domo Wilson.

1. The pattern in his T-shirt is unique

2. A close-up look from the singer

3. He poses among his cars

4. His red shoes and jacket are a great combination

Cash Baker is a talented social media star and singer. Along with his brother, he has worked hard to gain popularity.