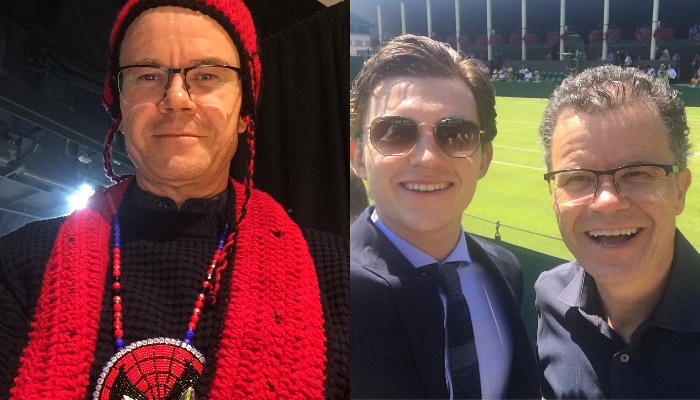 Do you know who is the biggest person behind the success of Tom Holland, a cast who plays Peter Parker in Spider-man?

He is Dominic Holland. He is an amazing and great father who always supports Tom in his acting and career.

Dominic always shares portraits of him and his family, especially the moments with Tom Holland.

He even wears a cloth of Spider-man. Let’s see closer to this awesome and talented father of Tom Holland, Dominic.

2. He married to Nikki Holland and having 4 children

3. He has twins children, Harry and Sam Holland

4. He is a comedian, author and broadcaster. A very talented person

5. He publishes many novels, such as Only In America, The Ripple Effect, and A Man’s Life

6. He made a radio programme The Small World of Dominic Holland, which released in 2000

8. He began his acting skill for small roles in Schoolboy in 1982

9. He wrote a book entitled How Tom Holland Eclipsed His Dad in 2013

Dominic Holland has a great career as an author and broadcaster, as well as a family man for his lovely 4 children. What do you think about him as a person?