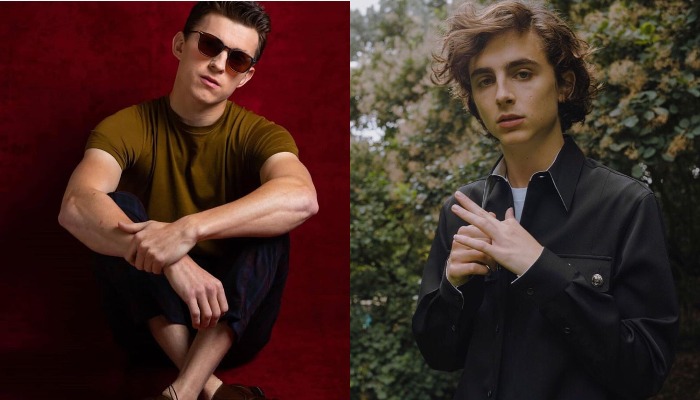 A new prequel of Willy Wonka has a rumor to be released in 2023. Moreover, all people must be familiar with Willy Wonka who portrayed by Johnny Depp.

However, this time a new cast will play this film. It will tell about the young Willy Wonka before he changes to be an eccentric guy and how is the life of him when he was young.

The film maker apparently is interested to Timothee Chalamet and Tom Holland as the candidate to play the young Willy Wonka. Let’s see them closer.

2. However, Tom Holland is one year younger than Timothee. He was born on June 1, 1996 in England

4. Tom plays in The Voyage of Doctor Dolittle, Chaos Walking, The Devil All The Time, and  Uncharted: Drake Fortune

9. Timothee has a rumor dating with Lily-rose Depp, a daughter of Johnny Depp

10. Moreover, Tom Holland also is in relationship with Nadia Parkes

Read more: 10 Hair Styles of Carey Mulligan, An Actress Who Plays in ‘The Dig’ Movie

Willy Wonka is the real iconic fictional character who loved by fans and to play this character is not easy.

In your opinion, who is the most suitable person to play a young Willy Wonka character between Timothee Chalamet and Tom Holland?