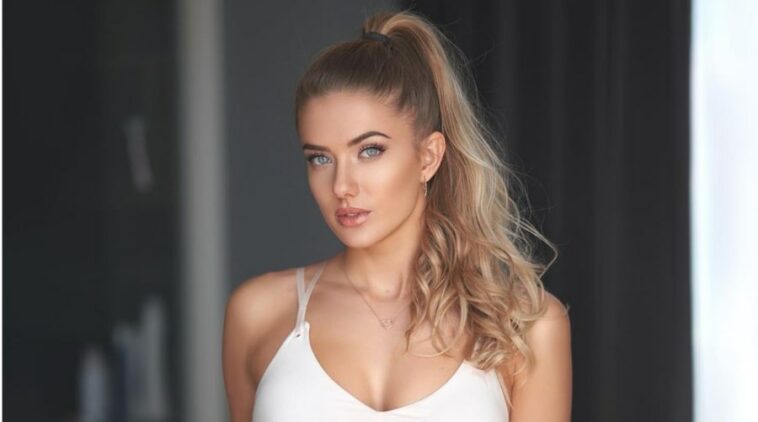 Alica Schmidt began her career as a runner at MTV Ingolstadt. She has been participating in 200 meters, 400 meters, and 800 meters running events.

She started competing in 400 meters hurdles events in 2018. She came second in the 200 meters event at the U-20 German Championship.

She is also part of the German team who participated in the 2017 European Athletics U-20 Championship that competed in the 4×400 meters relays and finished second.

She is also part of the German team who participated at the same event at the 2019 German Athletics Championships.

She competed alongside German squad at the 2021 European Athletics Indoor Championships in the 4×400 meters relays.

Else than her athletic career, she was selected as Borussia Dortmund’s fitness coach for the 2020-21 Bundesliga season.

“I do not know why I got this title. Sport comes clearly first. There are thousands of girls on Instagram who look good but having many fans doesn’t make you interesting. That’s just competitive sport for me.”

“I’ve worked so hard and made many sacrifices to get to run in Munich in front of a home crowd. To achieve this goal now is the best feeling ever and I’m beyond happy. Cheers to the most special race of my career so far. Can’t wait.”

“There are always people who judge you. That’s part of the game and I’m happy that I have so many supporters along the way. I’m so, so grateful for that.”

“I wanted to keep something private like my family and friends.”

“I don’t feel like I have to prove anything to anyone.”

“It was kind of weird then to post something on social media because so many people are watching it,”

“It’s not easy, especially in Germany to live from athletics. So a lot of athletes have to do another job to live from that and do the training. And yeah that’s a great thing to do a social media on the side so you can get some more sponsors.”

“I just want to prove myself that I’m worth it. And I know that I work so hard for that, I know what I’m capable of and that I haven’t showed everything yet.”

She attended sport events since she was in school and kept to it up to college, balancing out between her career in sport and her education.