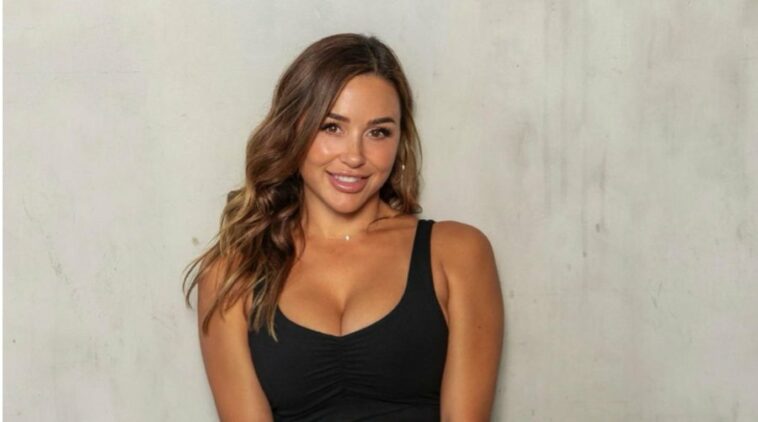 Ana Cheri is an American model, actress, entrepreneur, and OnlyFans star. She is famous as a brand ambassador for Shredz as well as her appearance in Playboy magazine.

Her professional career began by her modeling for posters and brochures. She also appeared in Toyo Tires and Punch Magazine.

She then works in cosmetic publications and in some ads for FOX Racing and the Long Beach Grand Prix D1. In 2015, she did a nude photoshoot for Playboy as Miss October 2015.

Her breakout was when she posted her figure on her Instagram account and it attracted people due to various outfits and workout positions.

The engagement on her Instagram helped her earn appearances in Punch magazine, and it takes her further in the modeling industry.

Her fame makes her appear in various magazines such as Muscle and Fitness, and in Playboy magazine.

As she is really concerned with her health and fitness, she became the brand ambassador and motivational speaker for Shredz.

She also opened her own gym, Be More Athletics, in Orange County’s Santa Ana, and there’s a possibility that it would open in another location.

She also owns a clothing line called Want My Look that focuses on shoes, sweatshirts, and t-shirts.

Ana Cheri was married. She previously married trainer expert and personal trainer, Ben Moreland, in 2011 and had a lavish wedding at the Miramonte Resort in Indian Wells.

The couple announced that in 2021 they parted ways. Ana Cheri is reportedly single and has not been romantically involved with anyone.

Ana Cheri not only works as a model but also works in cosmetic publications and became the brand ambassador for Shredz.

She has her own gym in Orange County’s Santa Ana “Be More Athletics”. All of her side jobs accumulate to her wealth and in the result her net worth is estimated to be $5 million.

“Growing up with four brothers, playing football and basketball was given. When I go home, the rowdiness definitely comes out”

Ana Cheri has been dreaming of becoming a model since she was a child. With the support of her stepmother, she gathered her courage and tries to take modeling as a career.