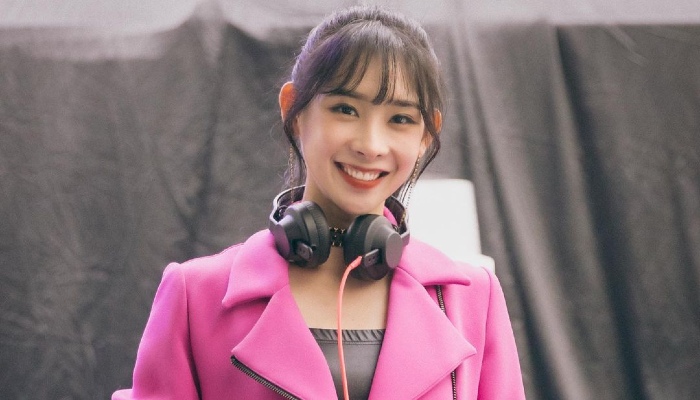 DJ Ellia first got into the music industry under a different name. Back in 2017, she was known as J-Sun and was part of girl group Serendipity In Stars (S.I.S). She acted as their leader and lead vocalist.

With S.I.S, DJ Ellia released 3 albums titled I’ve Got a Feeling, Say Yes, and Always Be Your Girl.

The girl from Gimhae left the group on July 2019. She left to pursue her music career in the EDM scene and becoming a DJ. Later on, Ellia joined record label DJKorea Records.

She made her debut as solo artist in 2020. She released Belongs to You on December 21 as her first digital single.

The song is available through multiple streaming platforms like Melon, Bugs, FLO, etc..

Belongs to You can also be heard on her official Youtube channel DJ Ellia. Through the platform, this Leo girl has also released an official music video, a choreography video, and a remix by Ezun.

Other than promoting her single, DJ Ellia also uses her channel to show off her mixing skills. She has made several DJ sets naming them Summer Festival, Pool Party, Serotonin, and many more.

In these videos, the South Korean DJ not only does some song mixing but also dances to the tune. She looks quite skillful moving her body around.

This shouldn’t come as a surprise since Ellia is a Dance Deparment’s graduate from Ewha Womans University.

She feels that this extra skill would help her get far in the music industry, whether it’s performing, singing, or doing choreography.

1. DJ Ellia is ready to show off her skills

2. She always works with a smile on her face

3. Take a look at her cute mirror selfie

4. Working on her magic outdoor

5. The DJ is looking especially adorable in this photo

DJ Ellia has just started out as a solo artist. Although she hasn’t gained lots of public attention, there is no doubt that she will get big someday.