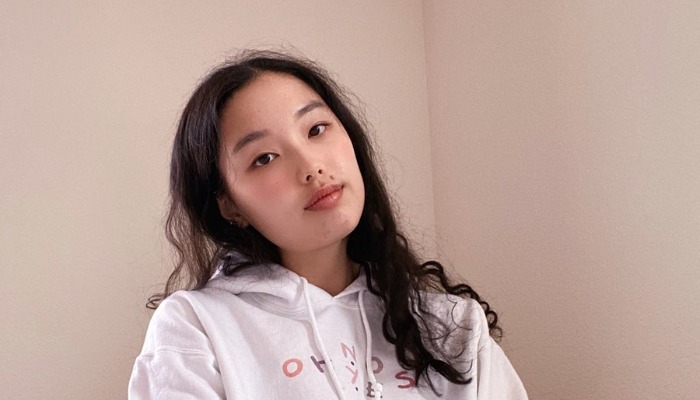 Oh No Nina, Known as Nina Yu, started her Youtube channel in 2011. But she only actively posted in 2016.

Her first video is titled things i do after midnight. She then followed it up with several vlogs, documenting her daily lives.

Over the years, Nina’s content got more variations. She has released videos on arts, cooking, and also her love of fashion. She also has some Q&A to answer her viewers’ questions.

This Scorpio girl is also a huge fan of K-pop. Although she hasn’t made a video focusing entirely on K-pop, she has talked about it many times.

Nina has made videos on K-pop inspired makeup look, Get Ready With Me for K-pop concert, and several K-pop merch hauls.

Some of her most popular videos are about makeup, study tips, and vlogs around Korea.

2. She can pull off bold makeup look so well

3. We love her winter outfit

4. She looks really stylish in this mirror selfie

5. Nina looking cool even in just T-shirt and jeans

Although Nina’s contents are not much different from other Youtubers, her friendly and approachable personality got her to where she is today