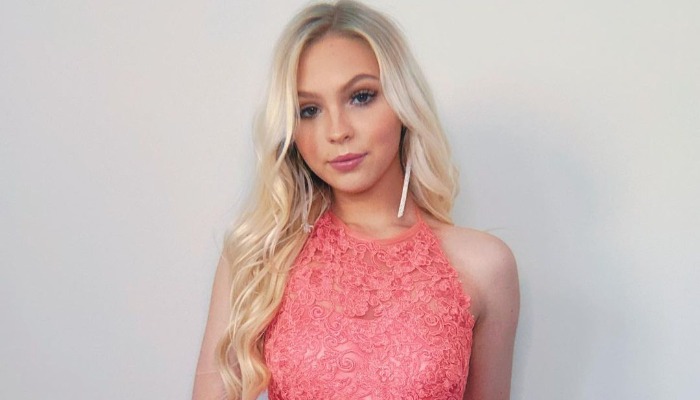 Jordyn Jones started her career as an entertainer on the dance floor. When she was a kid, she started performing in some national dance competitions and reality shows on TV.

In 2012, she won the fifth position in Abby’s Ultimate Dance Competition. The public recognized her talent, and she offered to join with agency work for young artists, Reload Music Group.

With help from the agency, she started getting more offers on television.

A big opportunity was coming when she got an offer to host the famous Nickelodeon Kids’ Choice Awards 2014.

After that, more offers have come which she had the opportunity to star in two YouTube videos called Coked Up! and Dance Camp.

From the Dance Camp, the young dancer’s name became widely known. Followed the start of her fame as a dancer, she developed her singing skills.

Since then, she has been posting her videos on YouTube and Vevo regularly. Her efforts have paid off with her growing popularity on social media, making her an internet celebrity.

1. Glowing in a bright yellow

2. A red rose in the desert

3. As sweet as cotton candy

4. Sexy in all over pink

Having talent is a blessing, getting support and opportunity is luck. And all of that in the possession of Jordyn Jones, her gorgeous look is the perfect addition.