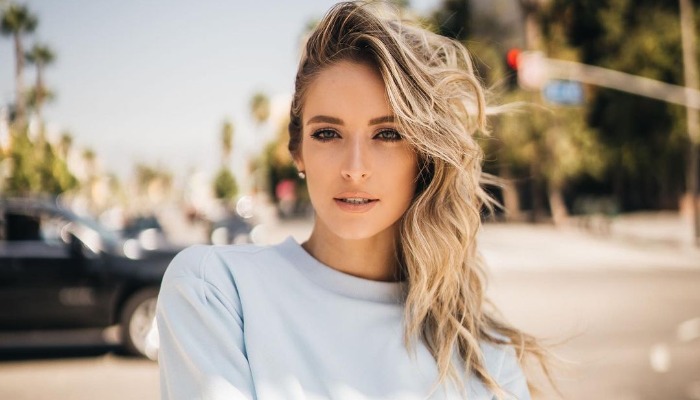 Sarah Ashley Toups is widely known as Sarati. She is a multi-talented entertainer popular as a TikToker. She has several professions during her career in the entertainment industry.

Besides modelling for commercials, she has been in television game shows Deal or No Deal as ‘briefcase girl’ model. In her career as an actress, she has appeared in several TV shows.

She had been in the music industry as a teenager and recorded an album at 16 years old. She developed her talents as a performer and completing her performance as a singer with a dance.

She launched her YouTube channel in 2013. She is popular as a TikTok creator, where she shares her posts of  Lip-sync videos, dance videos, and fitness tutorials.

On her Instagram, she posts pictures from her modelling project and shoots.

She also develops her own business by running a company for branding and promotion of media influences. The company under the name Montford Agency.

1. Enjoy being a social media influencer

2. Promoting the importance of a healthy lifestyle on social media

3. Proud of her dignity in earning her fortune

4. Obsessed with being skinny that turns into fitness

5.Multi-talented entertainer who gained success as an internet celebrity

Sarati has worked hard to pursue a career in the entertainment industry. Her long journey has brought her to the online entertainment stage instead. However, she is enjoying her journey now.