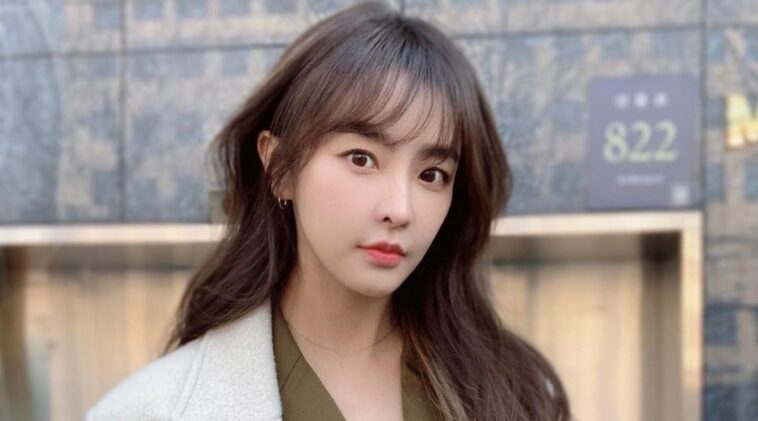 Jung Yoo Mi began her career in the entertainment industry in 2003. She starred in a chewing gum commercial Lotte Xylitol.

In the same year, she also had her acting debut. She got a role in the film Singles. This actress followed it up with several other minor roles in films and TV series.

Her name began to take off in 2011. At the time, she starred in the TV series A Promise of a Thousand Days. She then further proved her talent in the 2012 series Rooftop Prince.

Yoo Mi got her first leading role in 2013.It was for the drama series Wonderful Mama. She also had some more leading roles in Mother’s Garden (2014) and More Than a Maid (2015).

In 2018, the woman from Busan got another main role. She starred in the TV series Partners for Justice.

Her performance got her the Top Excellence Award for Actress in a Monday-Tuesday Drama in MBC Drama Awards. She also won the Best Actress Award in Grimae Awards.

1. Yoo Mi has such an adorable style

3. She can rock black color as well

4. Looking beautiful under the golden lights

Jung Yoo Mi has worked hard throughout her career to climb the ladder of success. Her hard work has slowly paid off as she becomes more well-known.